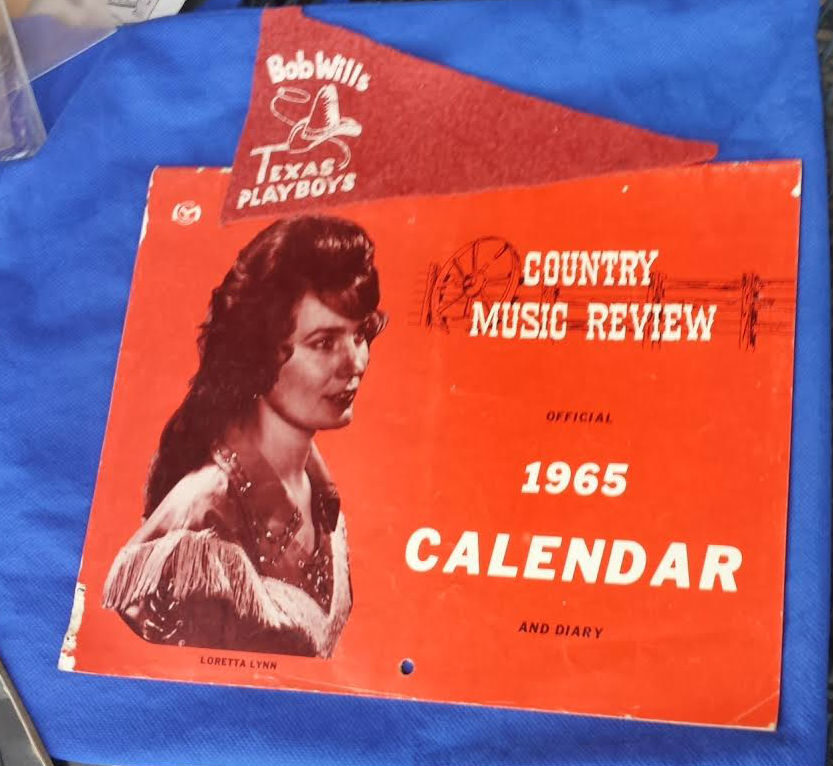 At, My Forever Treasures! Celebrating Country and Western Music, runs through our veins! We’re, offering two rare C. & W. Music Vintage Treasures! Each month, our Official “Country Music Review” 1965 Calendar and Diary, has photos of two 1965 Country Legends. You’ll find, a very young Loretta Lynn on the cover. “Country and Music Review,” Magazine, claimed the finest coverage of “Country,” made them # 1. Their devotion to the genre, had them publishing, 1965’s most iconic calendar.

Many of the photos, are suitable for framing. January, has you revisiting Johnny Cash and Marty Robbins. You’ll be sharing April, with Patsy Cline and Jim Reeves.

Buck Owens, Roger Miller, Hank Snow and lots of your favorites, fill out this 1965 calendar. Framed and hanging on your wall. The “Country Music Review,” 1965 Calendar, will have you celebrating, so many wonderful Country Music Memories.:)

Bob Wills, was an American Western swing musician, songwriter and bandleader. Considered, by music authorities, as the co-founder of Western swing. He, was universally known, as the “King of Western Swing.” As a master fiddler, with his large country string section and horns, Bob Wills and The Texas Playboys were a national sensation. 1940, had “New San Antonio Rose,” selling one million records, and became the signature song for The Texas Playboys. They were loved, for their ability to take any song, and make it “swing.” In 1945, Wills’ dances, were out drawing those of Tommy Dorsey and Benny Goodman.

A Country and Western Hall of Fame inductee. Wills’classic songs, include “Faded Love,” “Roly-Poly,” “Take Me Back To Texas” and “Ida Red Likes To Boogie.”