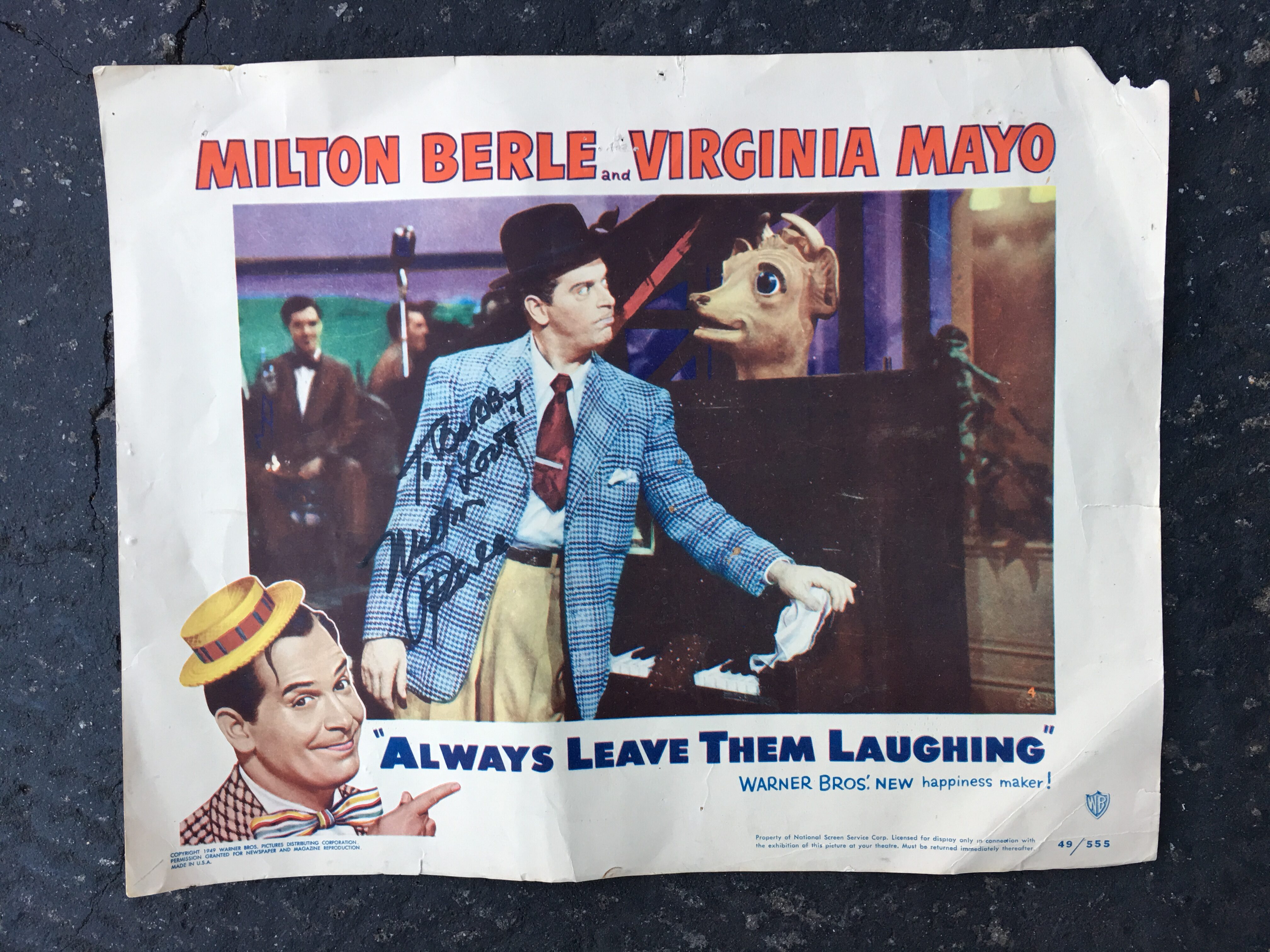 Milton Berle is an American comedian and actor who’s career as an entertainer spanned over 80 years. He began as a child in silent films, vaudeville, theater, talkies/many films, radio and was television’s first superstar. As well as starring in many films and TV. Known as “Uncle Miltie” during television’s Golden Period. Milton was known for hosting the Texaco Star Theater 1948-1955. Rated # 1 and responsible for introducing television to the public.

Milton Berle was an old time vaudeville comic known as “MR. TELEVISION.” and famous for introducing the public to TV and changing entertainment forever. His top rated show had “MR. TELEVISION’S” program an event to his enormous audience. BERLE has 2 stars on the Hollywood Walk of Fame for RADIO and TELEVISION. Like his contemporary Jackie Gleason he proved to be a solid dramatic actor. As a result he appeared on endless dramas. After the show had it’s run, Berle packed night clubs, Broadway Theaters and arenas. The superstar was always S.R.O. Milton Berle had them laughing in the aisles.