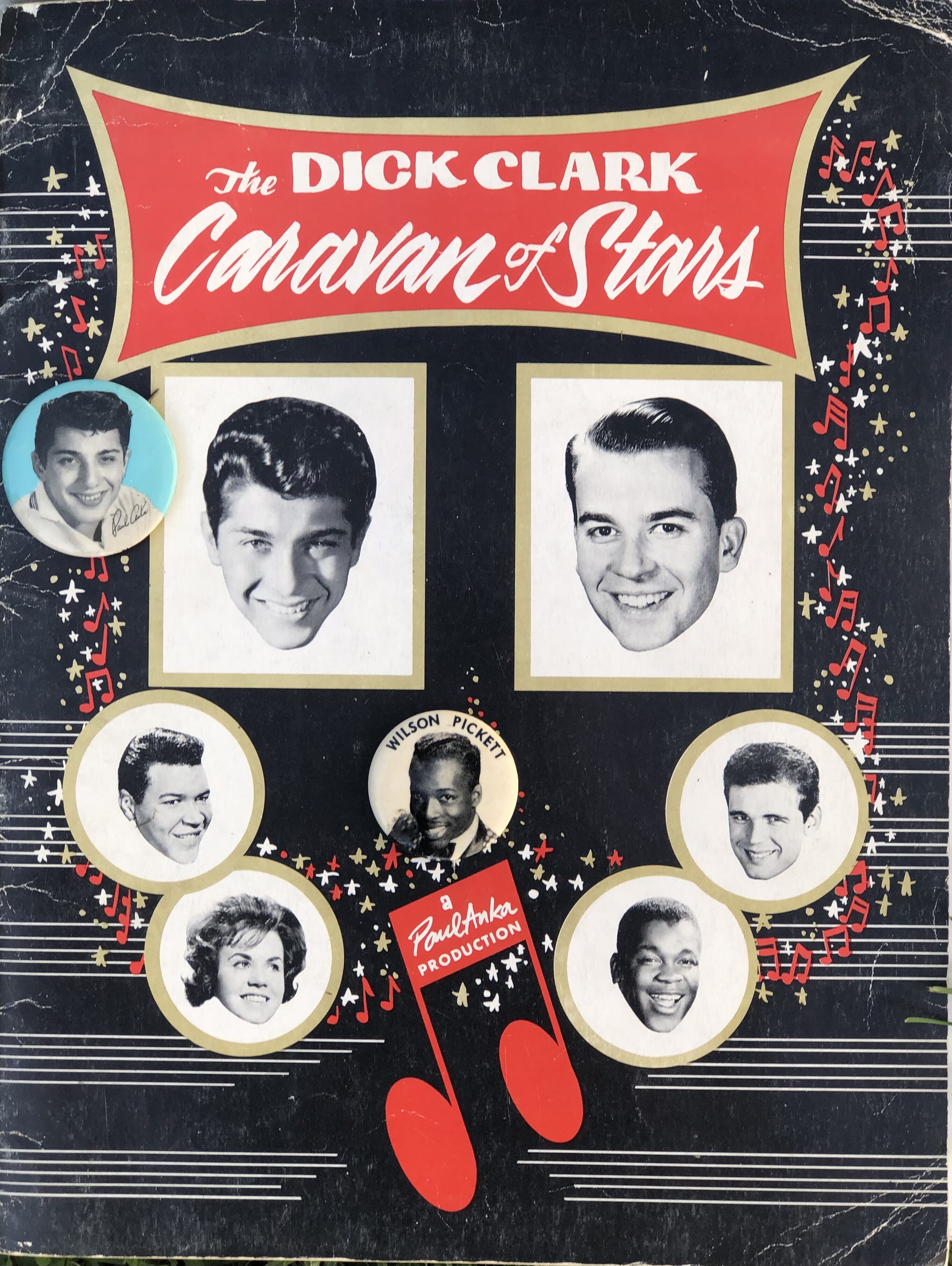 In 1959, radio and television personality and television producer Dick Clark organized and produced a concert tour of rock and roll and rhythm and blues artists. Many had appeared on his music performance and dance television program “American Bandstand.” The tour was booked as Dick Clark’s Caravan of Stars. During it’s seven year existence the tours grew to gross $5 million annually.

The concert featured up to seventeen acts each performing two or three songs. All were backed by the same band. They toured sixty to ninety days on the road. The show was spotlighted by major artists such as Paul Anka and they would close the show. Other artists like Gene Pitney and Lloyd Price and groups such as the Coasters and Drifters would fill out spots in the shows. The shows offered four hours of non-stop hits. Initial costs of tickets were $1.50. Dick Clark’s Caravan of Stars began todays touring Billion Dollar Industry.

My Forever Treasures has opened it’s vintage music vault and is offering this 1959 Dick Clark’s Caravan of Stars Souvenir Program. Photos of all seventeen acts make this a music treasure. Relive 1959’s music hits with this fantastic memento. If you love 1950’s music this is a perfect vintage souvenir gift or pamper yourself. Get it. Got it. GOOD.

This is a home movie taken by Myron Lee who, along with his band, The Caddies, were hired at the suggestion of their buddy, Bobby Vee, to be the backing band for Dick Clark’s Fall 1963 Caravan of Stars Tour. It’s chock full of candid footage of The Ronettes and a bunch of other top acts of that time, including Little Eva, Linda Scott, and The Jaynettes…