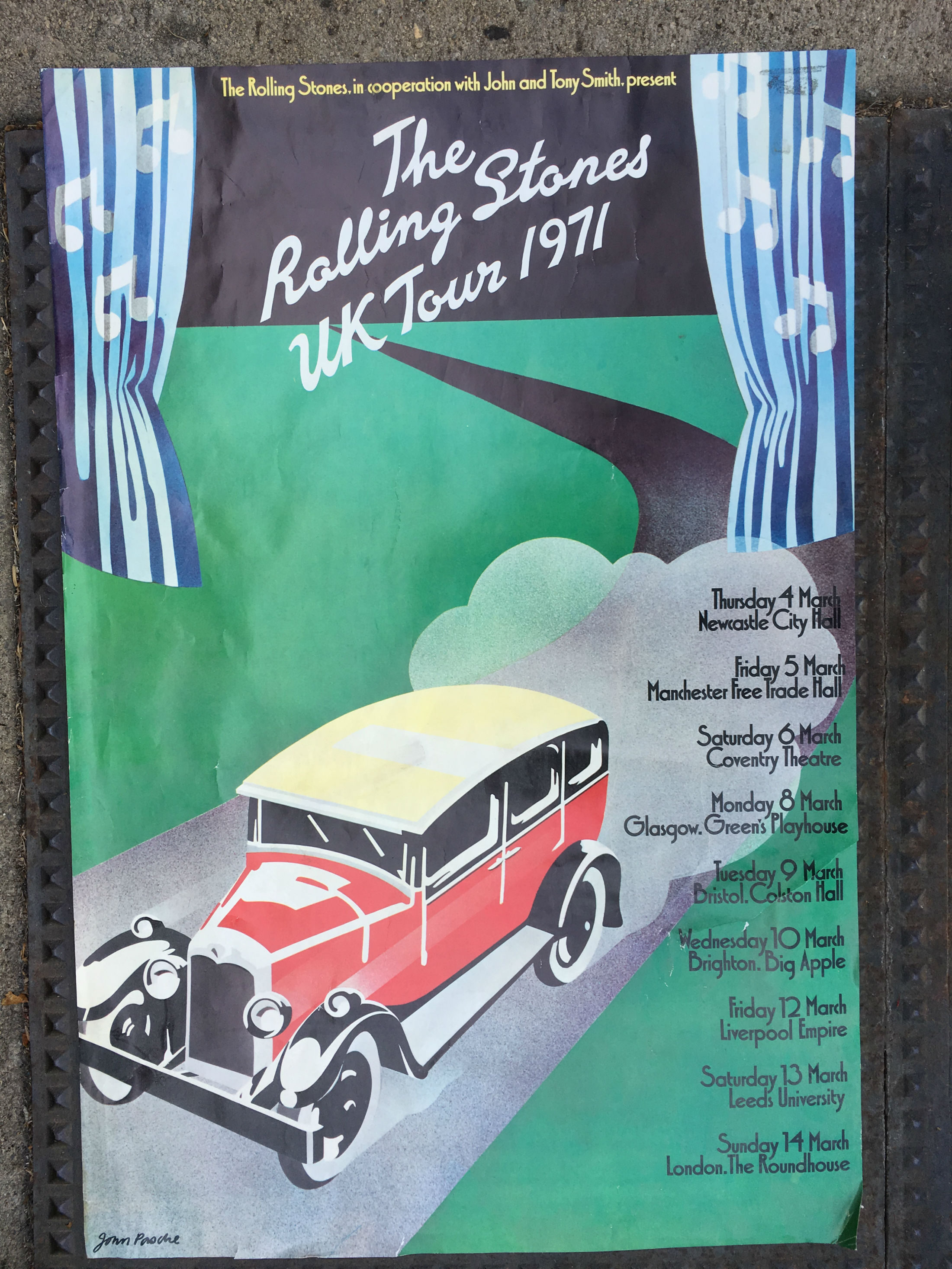 We’re, responding to requests, for another Rolling Stones Treasure. Direct, from our Rolling Stones rarities vault. Framed, on your wall, share this original 1971 U.K. Tour, John Pasche Lithograph. This, 1971 rarity is 20″ x 30.” From, 1970-1974 he designed, 4 posters for the Stones.

Pasche, was commissioned by Mick Jagger, to create The Rolling Stones Logo. His,”Lips” and “Tongue” logo designs, are iconic and recognized around the world. Even, his freelance art designs, for Paul McCartney, The Who, and Bowie are legendary. John Pasche, is one of the best. Ask, Mick.

The, 1971 U.K.Tour, was the Stones first, in their homeland since 1966. Brian Jones, was on the 1966 shows, Mick Taylor on these. Both,tours were ages ago. Ronnie Wood, became a Rolling Stone, 4 years later, and he’s been in the band, for 42 years!! All, their concerts took place in Britain and Scotland.

The, poster’s list of cities, has them performing, twice each day at most stops. The Manchester, Leeds, Glasgow, Liverpool and London shows were among the highlights. Mick, Keith and the lads, had earned so much money, in record sales and concert tours, they found themselves in the 97% tax bracket, in their own country. After, the U.K. run ended, the Rolling Stones were becoming tax exiles, and moving to the S.of France.

Although,”Sticky Fingers” hadn’t been released yet, their shows included “Bitch,” “Wild Horses,” and “Brown Sugar.” Women, screamed and hysterically grabbed their heads. “Satisfaction,” and other endless classics were riveting. The, Stones 1971 U.K.Tour, was historically successful. The Leeds stop, was especially “pirated.” As, the tour ended, they became tax exiles, in the S. of France. The, Rolling Stones also considered this, the “Good-Bye Britain Tour.” 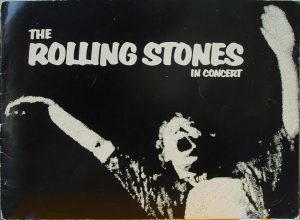 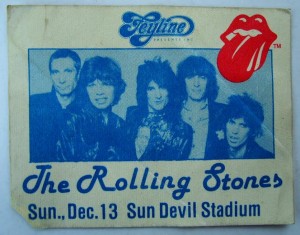