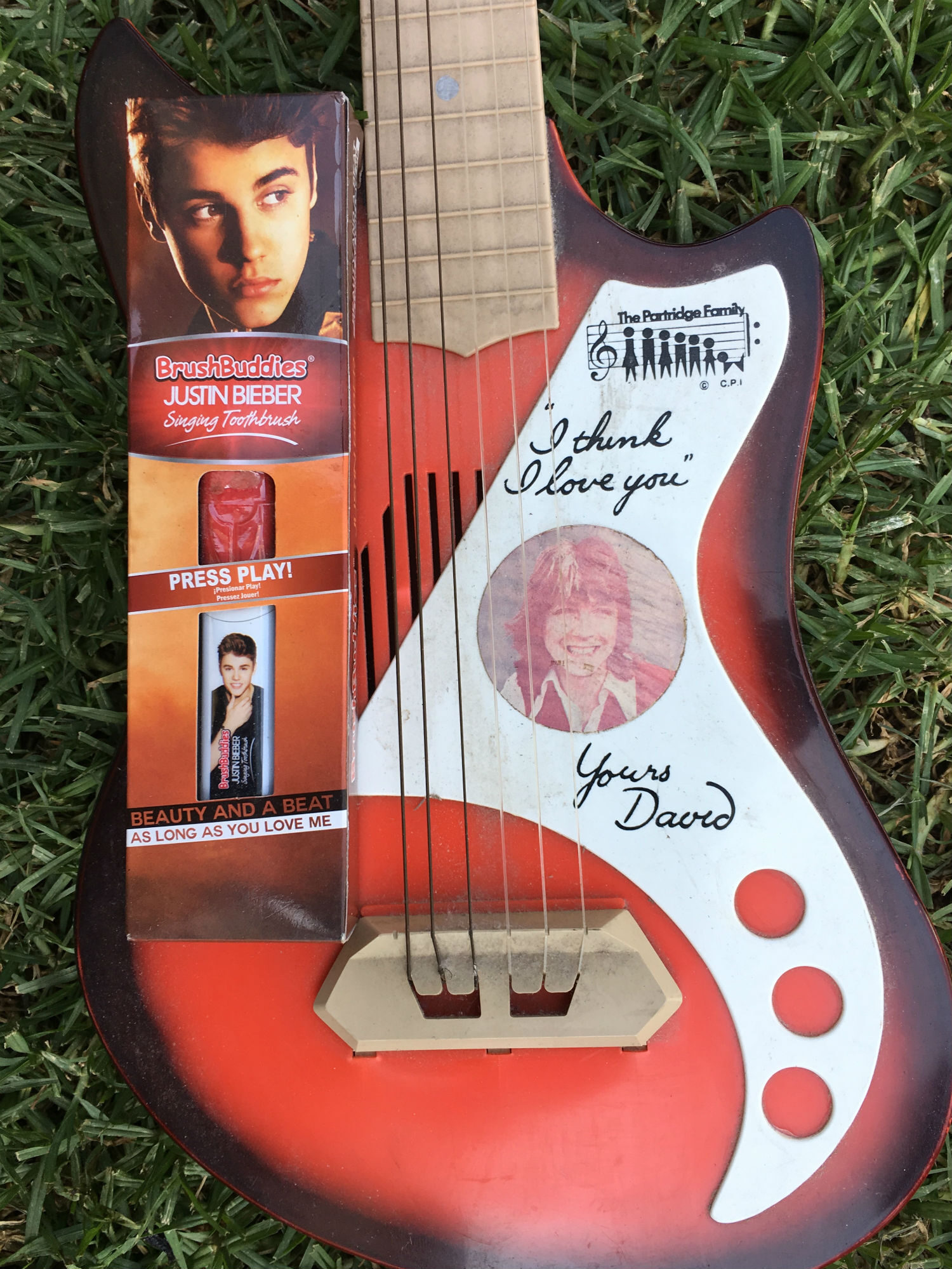 A teen idol, is a celebrity, with a large teenage fan-base. Many, teen idols are musicians, actors and models. They, all find their face/and images, on the covers of fan magazines. Young, females are, the teen idol’s most loyal and dedicated fans. They, pay for magazines, go to concerts and movies.(several times.) Watch television, follow the internet and purchase the most merchandise.They, assure multi-platinum results!

David Cassidy, was an actor, singer and musician, known as Keith Partridge, on television’s hit musical sitcom, “The Partridge Family.” David’s, # 1 pop hit song, “I, Think I Love You,” was one of the decade’s top selling singles. David Cassidy, experienced, teen idol hysteria. He, sold out 56,000 seat stadiums and Madison Square Garden, in just hours. David Cassidy and Partridge Family “everything,” was celebrated by Cassidy’s fans.

From, our “Teen Idol” Vault, a world class 100% All Plastic.”David Cassidy Partridge Family” Precision Geared (for tuning) 6 String Guitar.1970’s.The Red Model. 34 inches long. It, has 6 strings & can be played. Includes, a “Yours, David & The Partridge Family.”EMBLEM. +”I, Think I Love You.” This is, Teen Idol “EYE CANDY.” Pamper yourself.

Justin Bieber, is today’s ultimate teen idol. Bieber, is a Canadian pop singer, songwriter, actor, and internet sensation. Born, in 1994 Justin’s, already sold 100 Million Records. Won, a 2016 “Best Dance Song” Grammy, for “What Do You Mean.” His, songs and albums have debuted at # 1, and gone Triple Platinum. Justin Bieber, is the most googled person, on the planet. He, has 4 Fragrances, and a “Swagger Coach.”

Our, Justin Bieber TREASURE. Is, just that.:)Celebrate, today’s ultimate teen idol, with a Justin Bieber “BrushBuddies” Singing Toothbrush. 2 Songs. “Beauty And A Beat” & “As Long As You Love Me.” While, you brush, listen to the “Biebs” sing. If, you have “Bieber Fever.” This, is the cure.:) 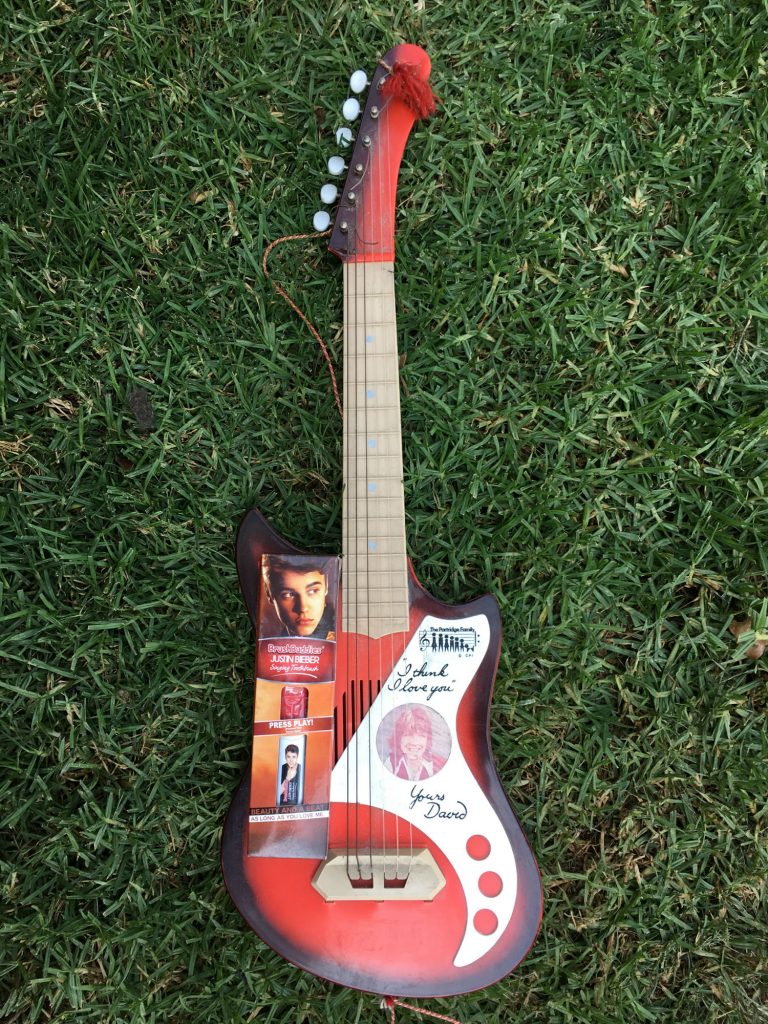