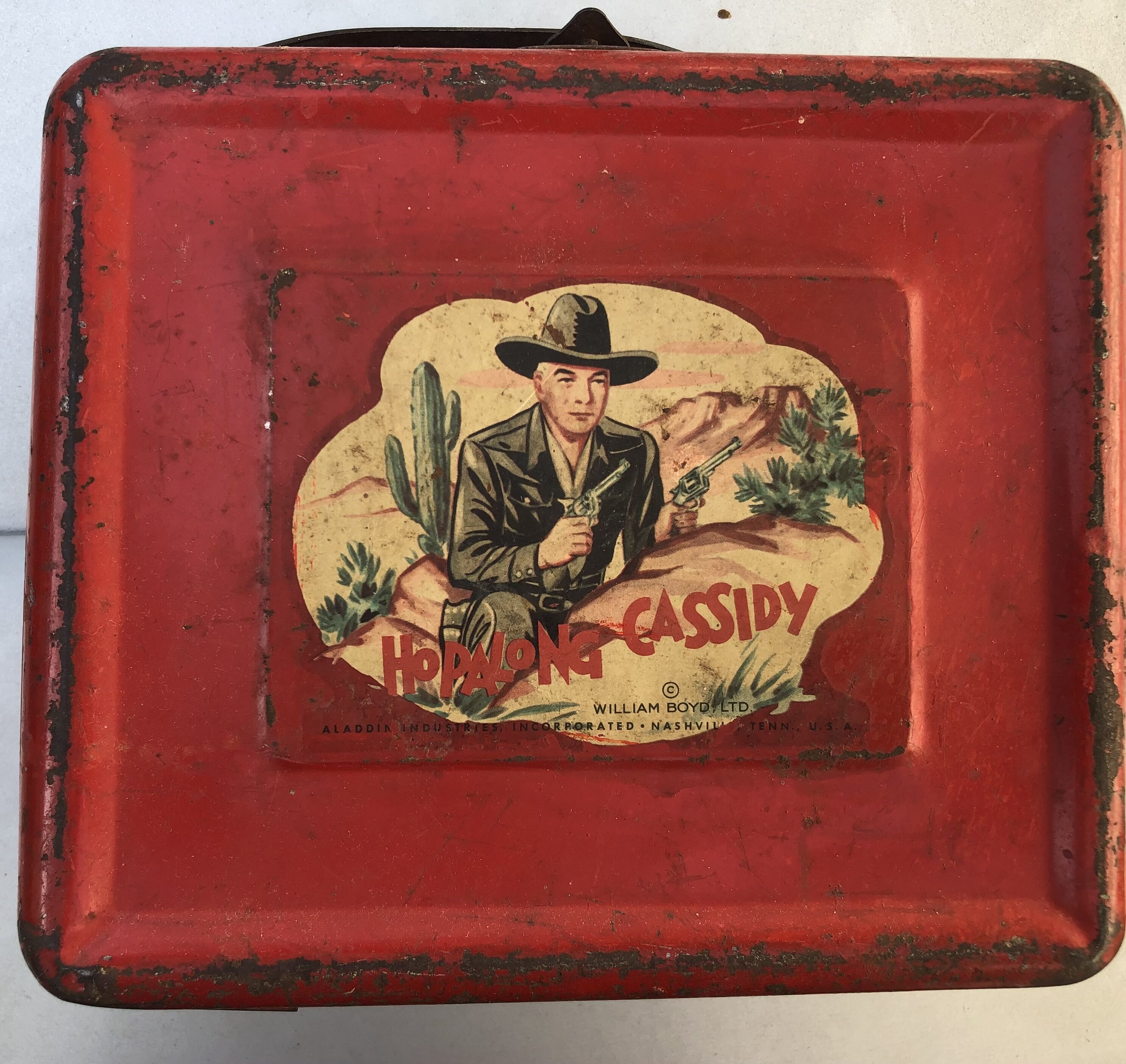 Hopalong Cassidy is a character created by writer Clarence E. Mulford and debuted in films 1935. Cassidy was played by William Boyd in films, produced 1935 to 1948 and the incredibly successful 1950’s television series. The show was among the 7 most popular on TV 1952-1954 . Hopalong was offered as a Western hero, loved by children and adults as he fought for Western justice. Hopalong Cassidy was nominated by the A.F.I. as one of the 100 greatest western heroes.

Every week the television show followed the same format. Our hero would right wrongs, save school marms in distress and catch the bad guys. Children madly snapped up souvenir “Hoppy,” cowboy hats, six shooters, lunch boxes and endless other items of their hero. My Forever Treasures celebrates Western hero month, as we offer our favorite Hopalong Cassidy red Lunch Box. You can use it to carry your lunch. Perhaps on your shelf it will serve as vintage Western hero “Eye Candy.” A treasure to be sure. Get it. Got it. Good.

HOP-A-LONG CASSIDY from 1935 stars silent movie matinee idol William Boyd (Jun 5, 1895 – Sept 12, 1972). It his first appearance as Hop-a-long. You’re going to find out how he got his nickname in this movie, the first of 66 feature films starring Boyd, and initially produced by Harry “Pop” Sherman. The character of Hop-a-long came from a series of books and pulp stories written by Clarence E. Mulford about a crude and crusty old cowpoke, definitely not how the character evolved on film. The “Hopalong Cassidy” films were produced between 1935 and 1948, all starring William Boyd in the title role…