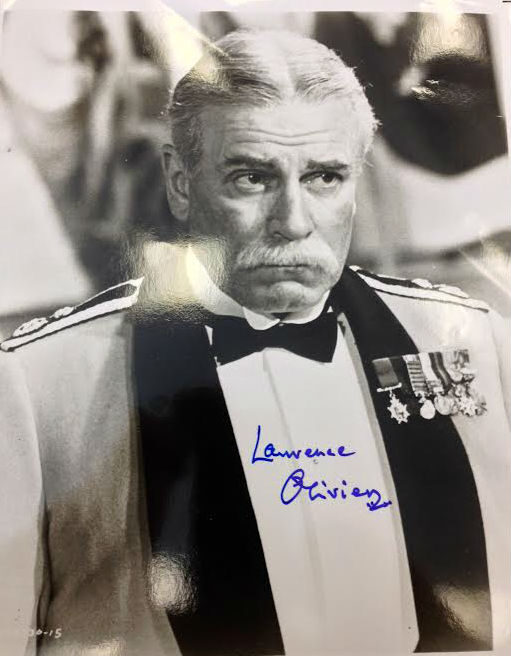 Laurence Olivier, is a British actor, considered the Greatest Stage Actor of The 20th Century. With John Gielgud and Ralph Richardson, Oliver Dominated the British Stage throughout the mid-20th Century. He served as co-director of The Old Vic. Where, his classic performances, in Shakespeare’s “Henry V,” “Hamlet,” and “As You Like It,” are legendary. By, 1940, Laurence Olivier was an International Star.

Huge, Motion Picture Success followed. Olivier’s, role in 1939’s “Wuthering Heights,” earned him a 1st Best Actor Academy Award Nomination. This was followed by 1940’s “Rebecca” and then “Pride and Prejudice.” = Great reviews for Laurence and box office success for all 3. He, would constantly return to the stage. However, his film work earned him 10 Acting Academy Award Nominations. The King of the Stage, even won a Best Actor Academy Award, for 1948’s “Hamlet.”

Laurence Olivier, is on every top 10 Best Actor List. Married 3 times, including 20 years to Vivien Leigh. His, acting was always meticulous. Perfecting every detail. An, Expert at voices and dialects. Although a few actors, possessed more skill. Laurence Olivier’s, incredible achievements can be attributed to dedication, scholarship, practice, determination and courage.