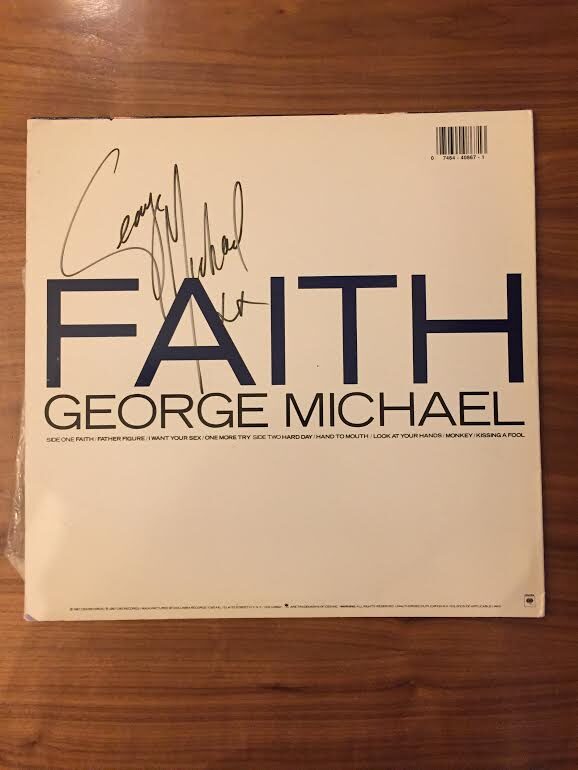 George Michael, is an English singer, songwriter, record producer. He rose to fame, as a member of the musical duo WHAM ! Their, hit singles included “Last Christmas” & “Wake Me Up Before You Go-Go !”  “Go-Go,” became an international hit. George, donated, all his “Last Christmas” Royalties to Charity.

George Michael, has always given freely to charity. He’s, sold more than 100 million records, and been anonymously generous throughout his career. Michael’s, $1.45 Million Pound purchase of the piano, John Lennon wrote “Imagine” on. Was, donated to the Beatles Museum. So, their fans can enjoy it.:)

From 1984-2004, George Michael was Britain’s Greatest Pop Star. Among, the first recording artists to tour China. His music, appealed around the globe. George’s generosity, rivaled his gift as an artist. He, will be loved and missed forever. Directly, from our Icon Vault, & Framed on your Wall. Our, Treasure of the Year. A 1987, George Michael Autographed “Faith,” Album Cover. It’s, “Icon Eye Candy.” Happy New Year.