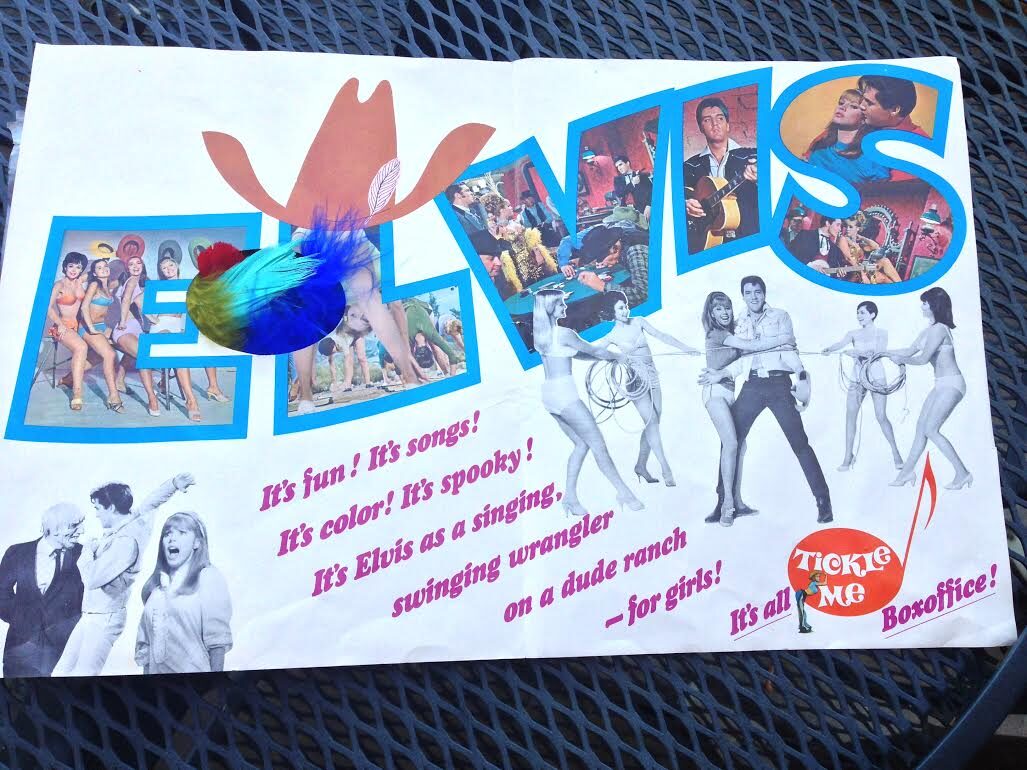 “Tickle Me,” stars Elvis Presley, as a champion rodeo bull-rider and bronco-buster. Elvis, as one time rodeo standout Lonnie Beale, needs a job. So, his slick playboy character, heads to a dude ranch, that caters to wealthy and glamorous women. He sings, in a club and catches, the eye of the dude ranch’s owner. She hires, Lonnie and falls for him, as well.This is, the only Elvis film, released by Allied Artists Pictures. “Tickle Me,” saved the studio from collapse, and avoid bankruptcy. A song, from the film, Elvis Presley’s “Such an Easy Question,” went to # 1, on the easy listening charts. On a $1.5 Million budget, the film showed a $5 Million Profit. Presley, received a $600,000 salary, $150.000 expenses and 50% of the profit.

In his 18th film, Presley’s, Lonnie Beale romances his way through this dude ranch musical. He’s disappointed,that the ranch is really just, a women’s fitness salon! It’s even, known as “Yogurt Gulch.” He, misses his original girlfriend, and between musical numbers, searches for a missing treasure, and rodeo runs.Elvis never disappoints. “Tickle Me,” has the King’s usual happy ending. E.P., drives off into the sunset, happily married, singing to his original girlfriend. + the missing treasure, is aboard. = Trademark Elvis Presley.:)

My Forever Treasures, unlocks our Elvis Presley Press Kit Vault. Celebrating, a 52 year old piece of the King’s Movie Career. This Press Kit, contains, Original “Tickle Me” Feathers.:) K.O. Photos, of the CAST. A rare treasure can be yours.