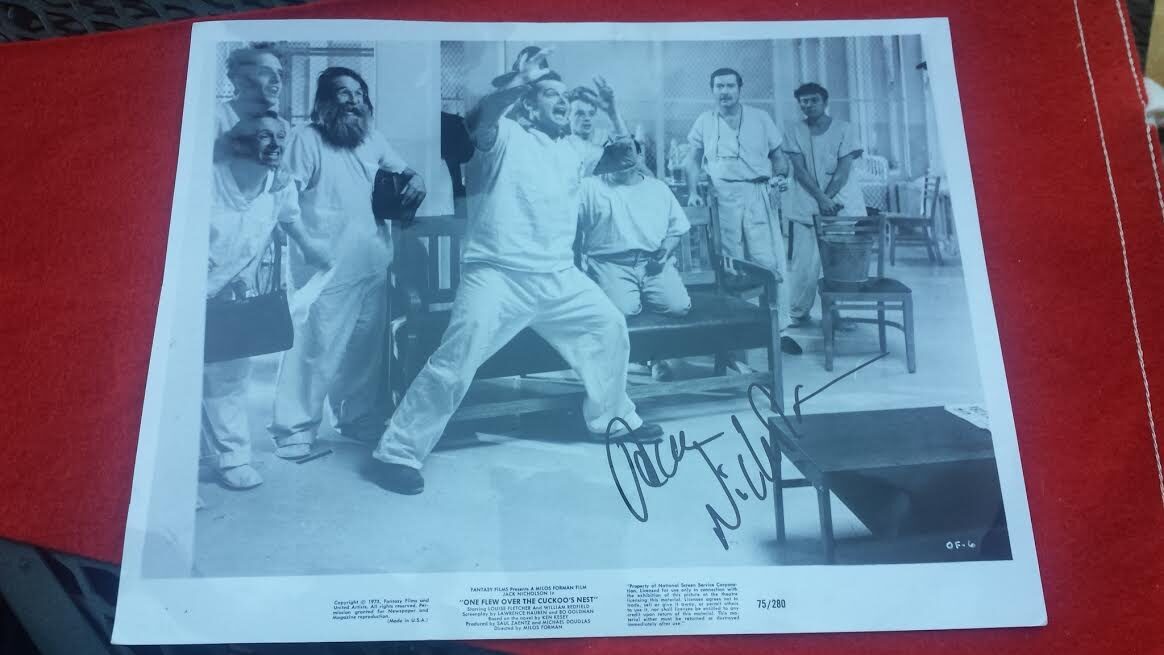 “One Flew Over The Cuckoo’s Nest” was only the 2nd Motion Picture, since 1934’s “It Happened One Night,” to win the top 5 Academy Awards. Best Picture, Best Leading Actor- Jack Nicholson, Best Leading Actress- Louise Fletcher, Best Director, Milos Forman and Best Screenplay. AFI considers it to be among “The Greatest Motion Pictures of All Time.”

Jack Nicholson’s, Mac McArthy, is transferred from a prison farm, where he is serving time, to  a hospital mental institution for evaluation. Assured, this will be a less restrictive environment. McArthy’s preference is, to finish his prison term here. His rebellious scheming, and The Martinet Nurse Rached(Louise Fletcher) who runs the ward with an Iron Fist,  offer the ultimate war of wills !! Both won Academy Awards.  She  keeps her patients cowed, through abuse, medication and electron therapy.  He steals hospital buses, and will be lucky not to have lobotomy scars, on his forehead.

Confrontational skills are the call of the day, in this culturally, historically and aesthetically significant masterpiece. My Forever Treasures is pleased to offer, this original 1975, “One Flew Over The Cuckoo’s Nest”  # 75/280 photo, autographed by Jack Nicholson. In his scene with the ward’s other misfits. In the role, that had Jack winning a Best Actor Academy Award. Nicholson is an icon’s icon. Framed on your wall, this treasure comes with a wow-I-said-wow guarantee.