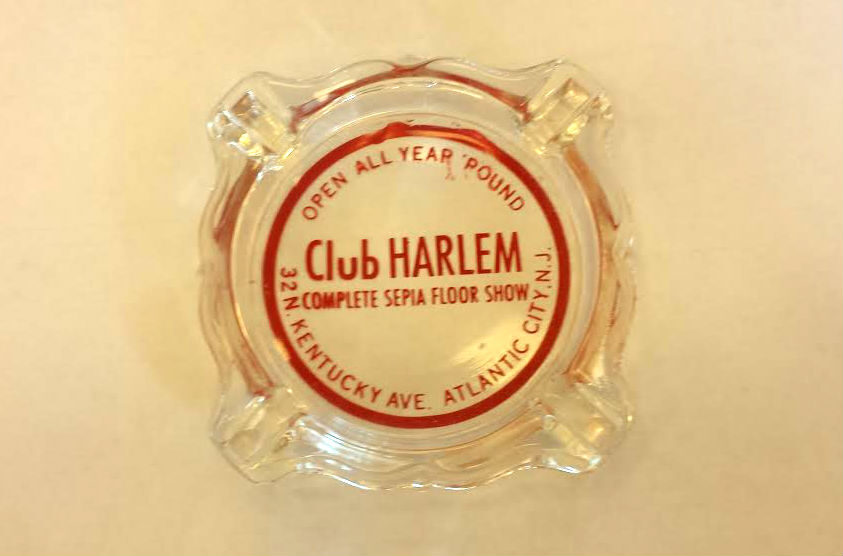 Even Sinatra and Duke Ellington did guest shows. A vintage crown jewel of black entertainment memorabilia… this ashtray belongs in a black music museum.

1972 proved to be a difficult year for Club Harlem. Owner Leroy Williams died at the age of 75. Early Easter Sunday morning, a shootout occurred between warring Philadelphia gangs leaving 5 dead and the club in a state of disarray. It truly never recovered. The club shuttered its doors in the late 1980s and the building stood vacant for several years.

On December 11, 1992, a Northeaster storm damaged the already dilapidated building, hastening its ultimate demolition by its property managers. By the end of December 1992, the Club Harlem was no more.