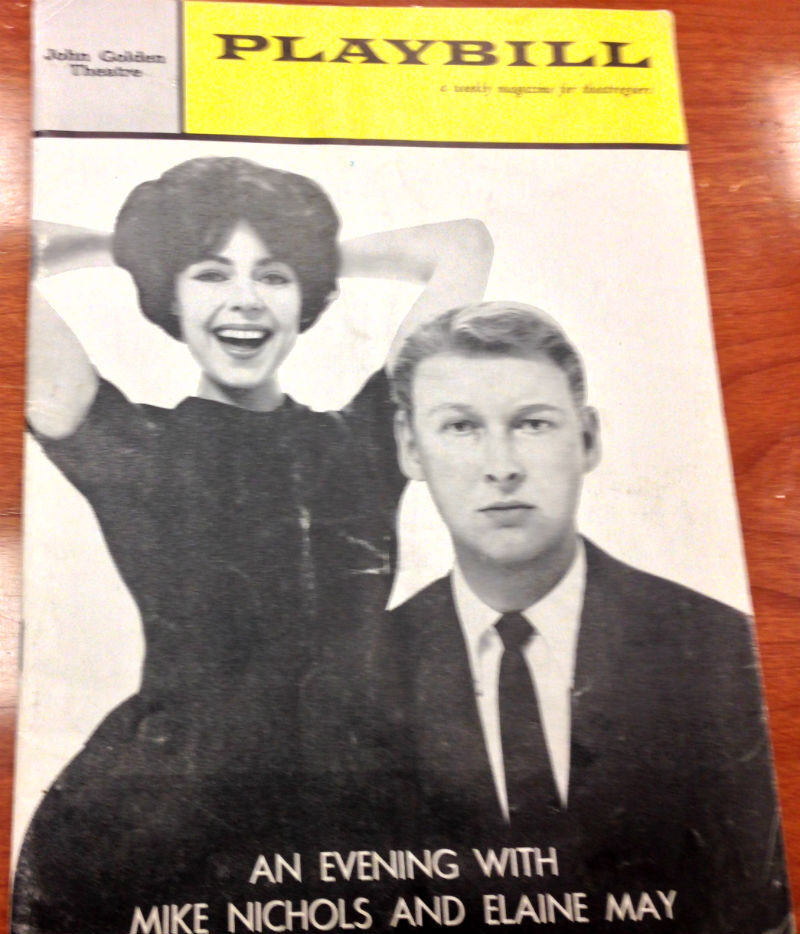 MIKE NICHOLS AND ELAINE MAY met in the late 1950’s at (the pre-Second City) COMPASS PLAYERS in CHICAGO. Here they combined their improv skills to form the duo who took the comedy world by storm. Originally Shelley Berman was part of their trio, Mike and Elaine decided two would work better for the comedy pieces.

Nichols and May used advanced improvisational skills to offer an intellectual edge to their political and social satire. “AN EVENING WITH MIKE NICHOLS AND ELAINE MAY” showcased their inspired comedic skits. The show’s album, won them a GRAMMY FOR COMEDY ALBUM OF THE YEAR. NICHOLS AND MAY’S comedy was such an elevated level of humor, their spot at the top has never been duplicated. They split up at the peak of their collaborations.

MIKE NICHOLS went on to be a very successful film and Broadway director. He directed “Who’s Afraid of Virginia Wolf ?” and won an ACADEMY AWARD FOR DIRECTING “THE GRADUATE.” On Broadway he’s won a TONY FOR DIRECTING ROBERT REDFORD and ELIZABETH ASHLEY in “BAREFOOT IN THE PARK.” An EMMY WINNER as well.

Mike Nichols is one of the few geniuses to win all 4 major awards.

ELAINE MAY has been extremely successful as well. She wrote the screenplay for the film “BIRDCAGE” starring Robin Williams & directed by MIKE NICHOLS.

Framed and on your wall, this image will please and surprise everyone. = it’s VINTAGE EYE CANDY. This Playbill documents one of the great comedy highlights of all time. 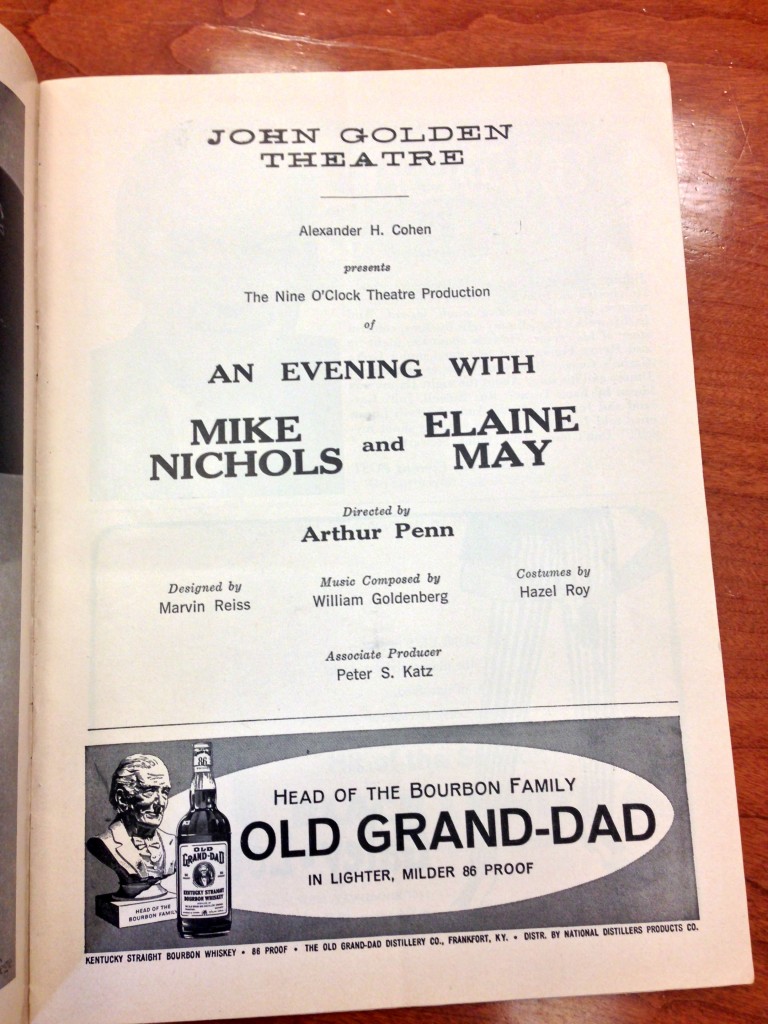