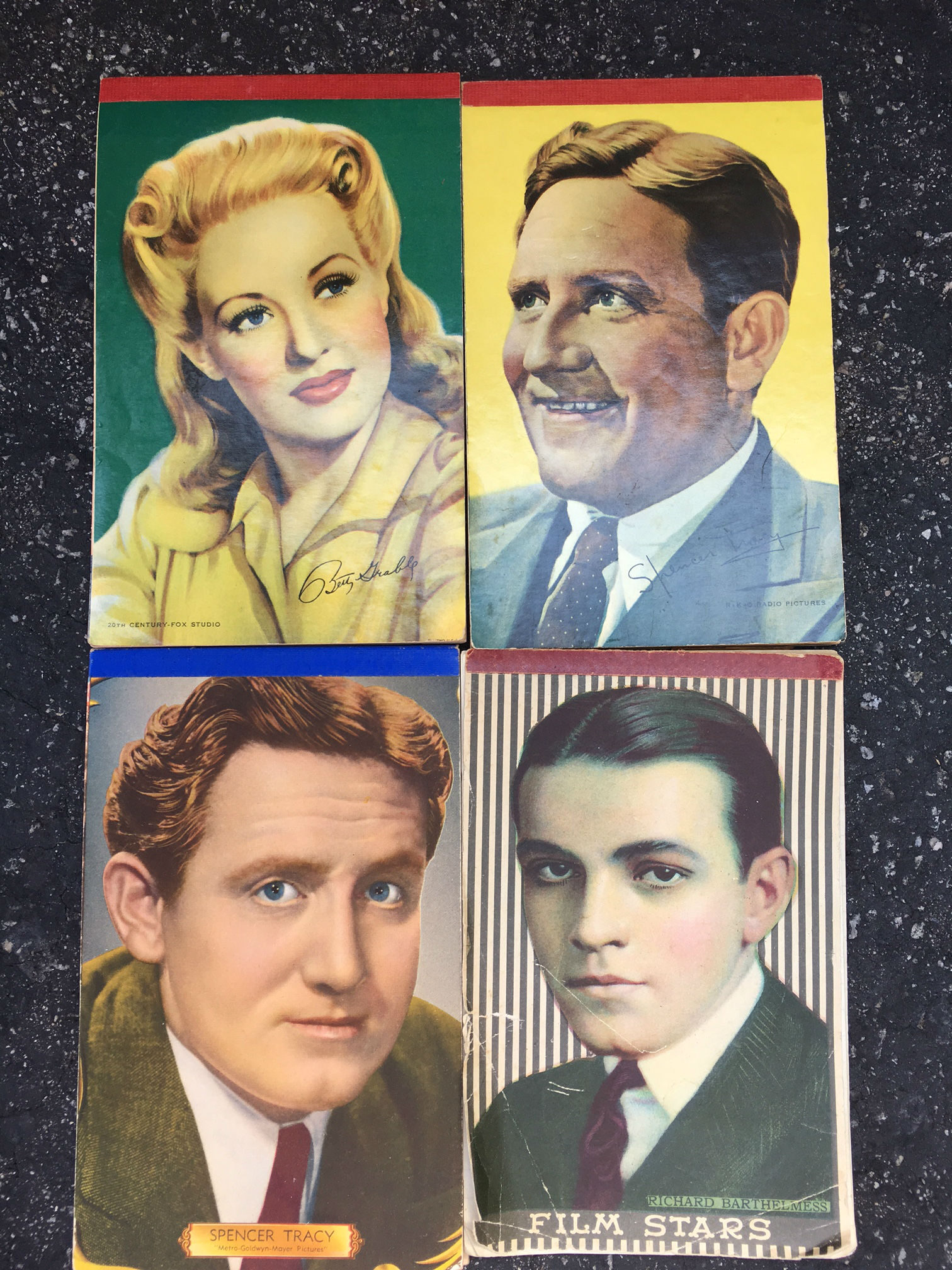 Richard Barthemless, was a silent film legend. His, 90 year old writing tablet, show why his good looks, had female fans wide-eyed. 1922 Photoplay, described him as “The, idol of every girl in America.” Loved, for his roles opposite Lillian Gish and classics, such as “The Patent Leather Kid,” and 1927’s “Noose.” Barthelmess, was nominated, for a Best Actor Academy Award, at the very first ceremony.

Spencer Tracy, appeared in 75 films and was one of Metro-Goldwyn-Mayer Pictures biggest stars. Tracy, developed a reputation among his peers, as one of the screen’s most talented actors. His, 2 Best Actor Academy Awards in “Captain’s Courageous,”1937, and “Boys Town,”1938 reward his excellence. Our, 2 different 1930’s Spencer Tracy writing tablets, reward your good taste.

Today, at My Forever Treasures, we’re celebrating both, silent films and Hollywood’s “Golden Age.” Take, Richard, Betty and Spencer home with you. It’s time for you to celebrate. Starting Now.:)