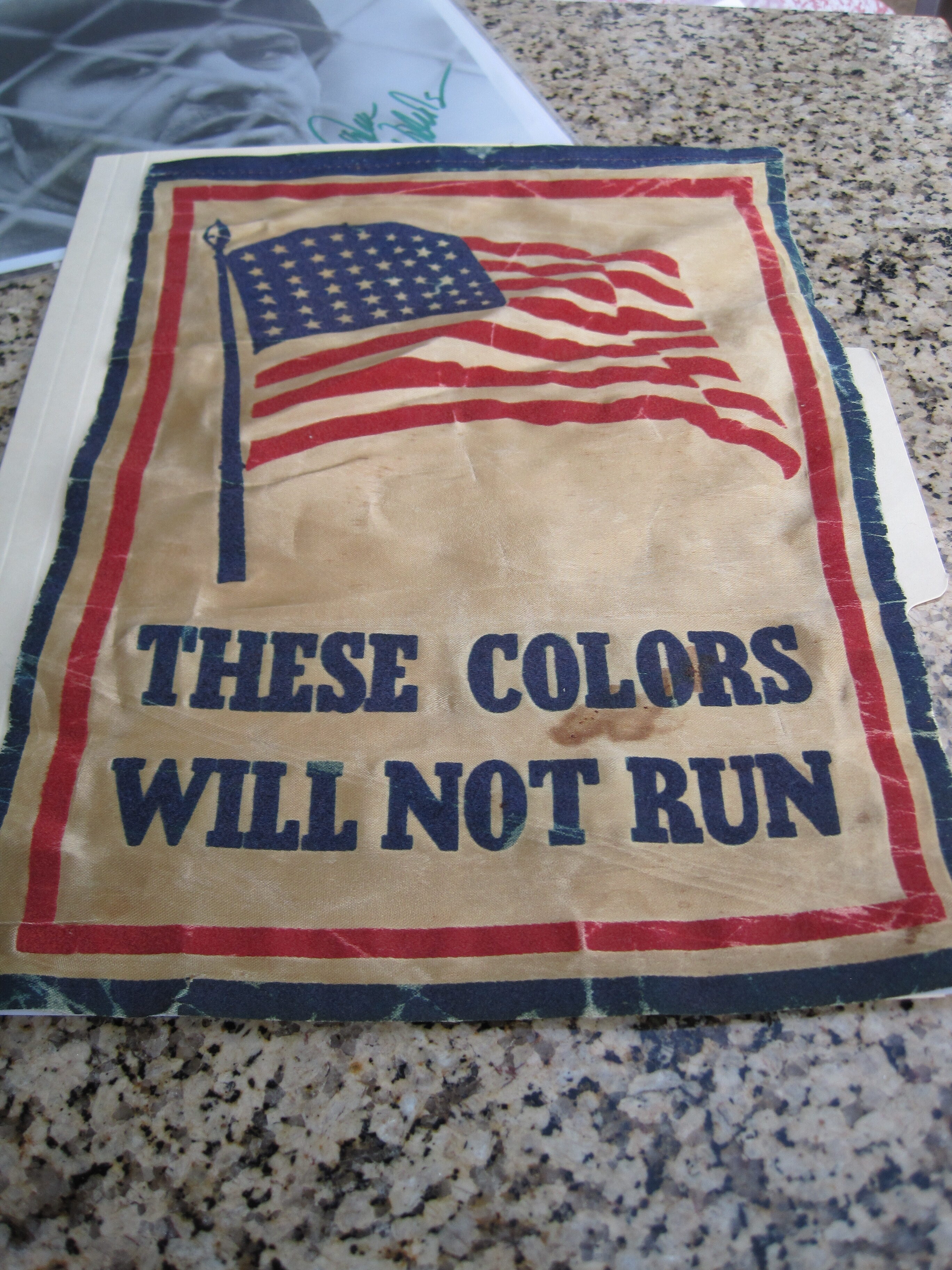 World War 2 represented the United States effort to defeat the Axis powers (Germany and Japan were major players.) Germany wreaked havoc in Europe. Japan attacked Pearl Harbor. The world was overwhelmingly threatened. The United States offered their greatest military effort of all time. The war started in 1939 when Germany invaded Poland. It ended December 1945 when the Axis formally surrendered. The nation’s industries were mobilized to supply and enable the American Armed Forces, Naval and Air Forces.

16 million Americans served in the U.S. Armed Forces. More than 400,000 were killed in action and near 700,000 were wounded. Today the war would have cost the U.S. $4.5 trillion. Civilians on the Home Front were a huge moral foundation serving the troops 24/7.To show support the Home Front hung flags and banners in their windows. Some displayed 1, 2 or 3 stars indicating how many in the family were serving. Other flags and banners displayed patriotic messages.