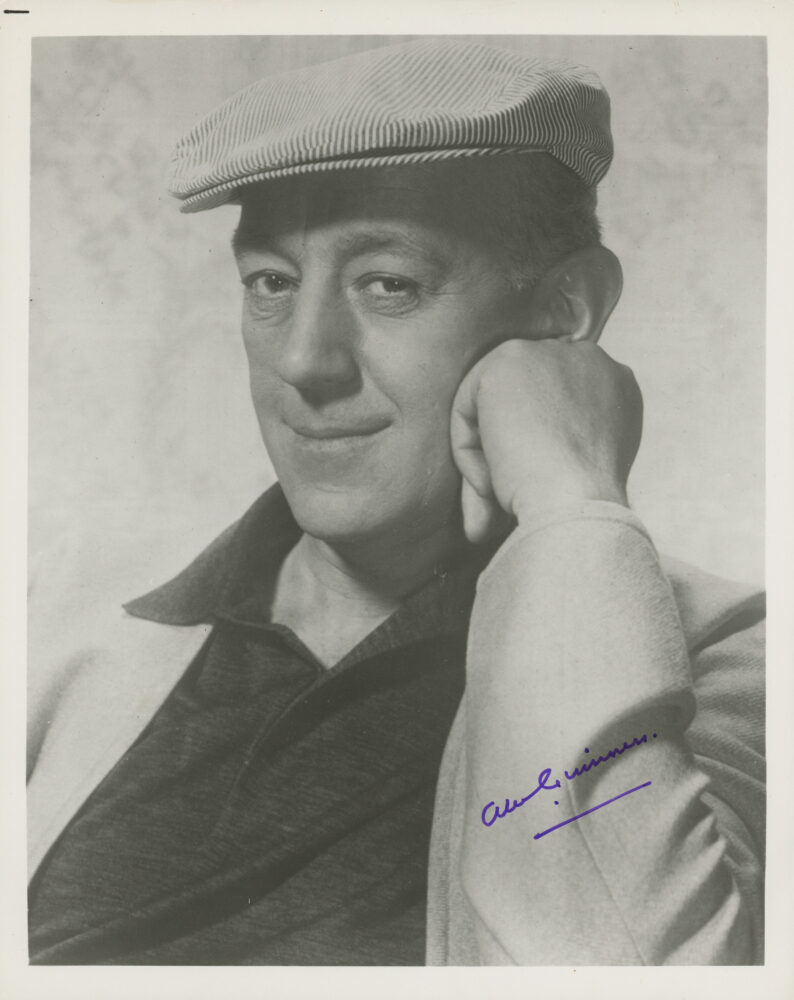 Today My Forever Treasures opens our ultimate icon movie vault. This beautiful vintage autographed Alec Guinness publicity photo is the prize. He’s one of my favorite actors. Alec Guinness was an English actor. He made the transition from very successful Shakespearean Theater to blockbuster films. Well known for his collaborations with David Lean. “Dr. Zhivago,” “Laurence of Arabia,” and “Bridge on the River Kwai,” are among his highlights. Alec won a Best Actor Academy Award for “Bridge…”