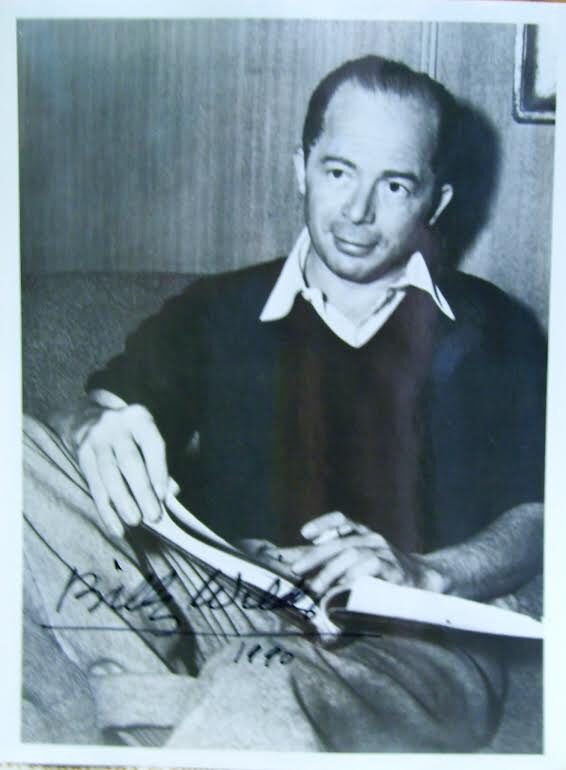 Billy Wilder’s career spanned, more than 5 decades. He is regarded, as one of the most brilliant and versatile filmmakers, of Hollywood’s Golden Age. 1960’s, “The Apartment,” had Wilder, become the first, 3 Academy Award winner, for Producing, Directing and Screenwriting. His screenwriting career began in Berlin. He, came to the U.S. in 1933, to escape the Nazi Regime. In 1939, Billy had a hit, when he co-wrote the screenplay, for the romantic comedy “Ninotcka,” starring Greta Garbo.

Wilder, established his directorial reputation, with an adaption, of “Double Indemnity.” It’s, considered to be, the first true example, of “film noir” success. 1945, would have him, earn Screenwriting and Director Academy Awards,for his adaption of Charles R. Jackson’s story, “The Lost Weekend.” This, classic about alcoholism, had Ray Milland winning, a Best Actor Academy Award. His, screenplay adaption, of the Broadway Play “Stalog 17,” showed Wilder had mastered exciting drama. It, offered William Holden, winning a Best Actor Academy Award.

In 1950, he’d co-write and direct, the critically acclaimed, “Sunset Boulevard.” Billy Wilder, would win a Best Screenplay Academy Award, for this masterpiece. 11 nominations, included, William Holden and Gloria Swanson, in the Best Actor/Actress Category.”Sunset Boulevard,” is on every, Greatest Films Top 10 List. From, the mid-1950’s, he made mainly comedies and farces. “Seven Year Itch,” with Marilyn Monroe(1956) and Wilder’s, Best Screenplay nominated,”Some Like It Hot,”(1959) are great examples of his comedy genius. Jack Lemmon, received, Best Actor Nominations, in both films.The strict Hays Code, prevented Billy from addressing adultery, in “Itch.” The overwhelming success, of his cross dressing,”Some Make It Hot,” would mark, the end of the Hays Code.

1960’s, “The Apartment,” had critics and the public celebrating this comedy master. “The Apartment,” showed Wilder at the top of his craft. He finally had an opportunity, to offer this delight, about “adultery.” He, won Best Picture, Best Director and co-Best Screenplay Academy Awards. Billy Wilder’s, 21 nominations, 6 Oscar wins and Lifetime Achievement Award, secure his place among the greatest filmmakers of all time.

My For ever Treasures, is beaming. We’re, offering this autographed photo, of all time great Billy Wilder. He’s, considered an Icon’s Icon. Framed, on your wall, This, Is Icon “Eye Candy.” it’s true.:)

The lack of recognition Wilder has received for directing much of Hollywood’s greatest golden-age cinema is an injustice yet to be righted… UNTIL TODAY! You know his films; the surprise comes in that he’s responsible for so many of them…