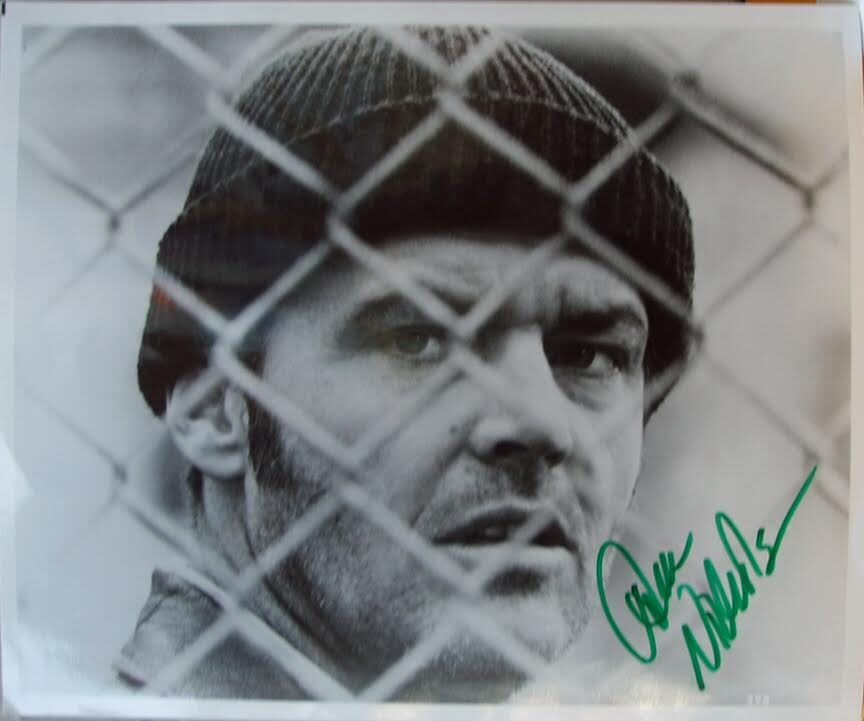 “One Flew Over the Cuckoo’s Nest,” was only the 2nd motion picture, since 1934’s “It Happened One Night,” to win the top 5 Academy Awards. It, captured a Best Picture, Best Director, Best Screenplay, Best Actor and Best Actress Award. A.F.I. considers, it to be among the Greatest Motion Pictures of All Time.

Jack Nicholson’s, Mac McCarthy is transferred from a prison, where he is serving time, to a mental institution for evaluation. Assured, this will be a less restrictive environment. His, preference is to finish his time here. Mac’s, rebellious scheming, and the Martinet Nurse Rachet,(Louise Fletcher) who runs the ward with an iron fist. = Offer, the ultimate war of the wills ! Both, won Academy Awards.

Confrontational, skills are the call of the day. This is a rare film, forever celebrated culturally, historically and as an aesthetically significant masterpiece. Many critics, consider Jack’s performance, the highlight of his career. Milos Foreman’s, Best Director Academy Award, was for a vision, that lit up the screen.

My Forever Treasures, is beaming. We, are offering one of our classic favorites. A Jack Nicholson, autographed “One Flew Over The Cuckoo’s Nest,” close up photo. Framed, on your wall = It’s Icon “Eye Candy.” ….it’s true.:))