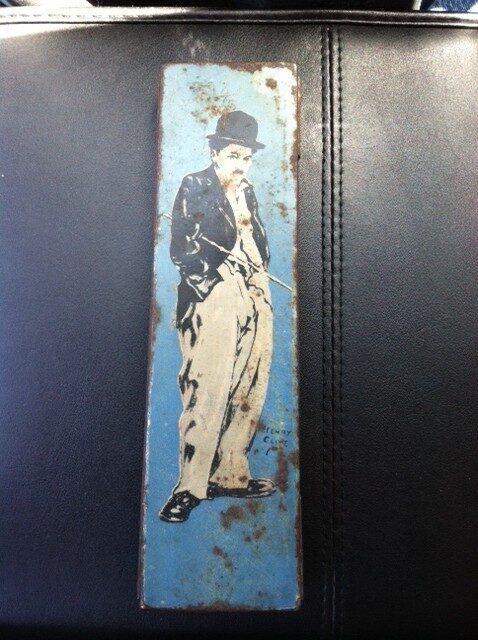 Vintage 1920,  Charlie Chaplin Tin Pencil Case. “Tramp” artwork by Henry Clive. Clive was among the most in demand, for his museum quality pastels of Ziegfield Follies, flappers and film stars like Chaplin, Pickford and Pola Negri. His artwork was featured on pencil cases, cosmetic tins and screen magazines into the 1950’s.

From 1920, Henry Clive became Charlie Chaplin’s Art Director, for all his films. Henry played a villain, in Chaplin’s “City Lights.”  All his rare original artwork, is highly sought, as he was a master of pastels… The artwork of the “Tramp” on this pencil case, marks the beginning of a long successful collaboration for these two very talented artists.  This silent film treasure, is a Beutebox Canco  Product. 8″ x 2.5″