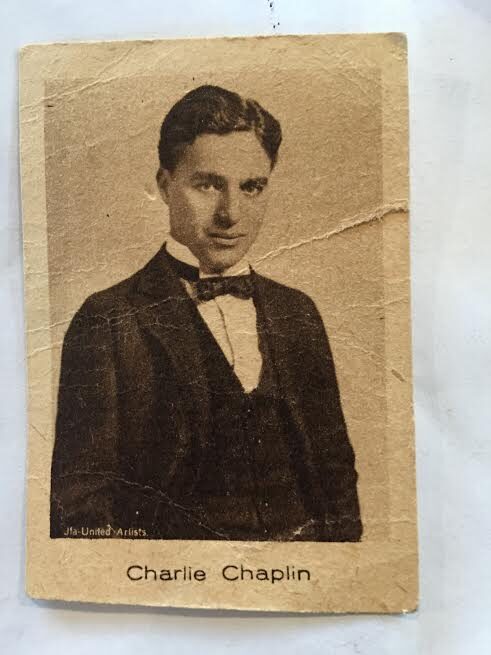 Charlie Chaplin is a film producer, actor, director, writer , editor and often wrote the music, for his films as well. In 1914, Chaplin worked in his first silent films. His $150 weekly salary was considered generous. Mack Sennett Studio, in Hollywood, is where Chaplin got his start. In just his second film, for Sennett, he created, his “Little Tramp” character.  It would be a contradiction in appearance. Charlie would have huge shoes, a tiny hat, a tight jacket, and big billowing pants. He added a small mustache, to make him look older, but small as to not hid his face. In Sennett Studio’s second film, debuting Chaplin’s “Tramp,” the film was a success and the public loved his “Tramp.” Overnight, Charlie Chaplin became a sensation.

The “Tramp” made him so famous, around the world, in 1916,  Charlie had another studio offer him a $670,000 contract. This made “The Comedy King of the Silent Screen,” the highest paid   most recognizable figure on earth. He went on to produce, act, direct, edit, write the screenplay, and often the music, for his films. Many of his silent films are classics, and showed $Million profits. In 1918, with Mary Pickford and 2 others, he created United Artists Studio, to distribute his films. At this point, he owned his entire film.

Many of Chaplin’s films are considered classics. “The Kid” in 1921. 1925’s “The Gold Rush” was a masterful effort, and a sensation with his adoring public. In 1925, “The Gold Rush” showed a huge $5  Million Profit. AND, it all went to Chaplin.  “City Lights” and “Limelight” are two others that made him an icon. A brilliant film maker, he is admired by Orson Welles, Spielberg, Allen,  Billy Wilder,  Eastwood,  Steve Martin, Mike Nichols, and endless others.

The motion picture audience, owes a great deal of gratitude, to this man. Charlie Chaplin, is considered, the person most responsible, for making motion pictures, the art form of the 20th Century. My Forever Treasures, is pleased to offer a popular Silent Film Treasure. A Charlie Chaplin Photo Tobacco Trade Card.  2.75″ x 2″  A movie star pose, printed in Hamburg, from a 1920 Silent Screen movie star collection.  Adele, couldn’t find, a nicer one.  This Chaplin item,   is a favorite, of “minimalist” treasure collectors, around the globe.