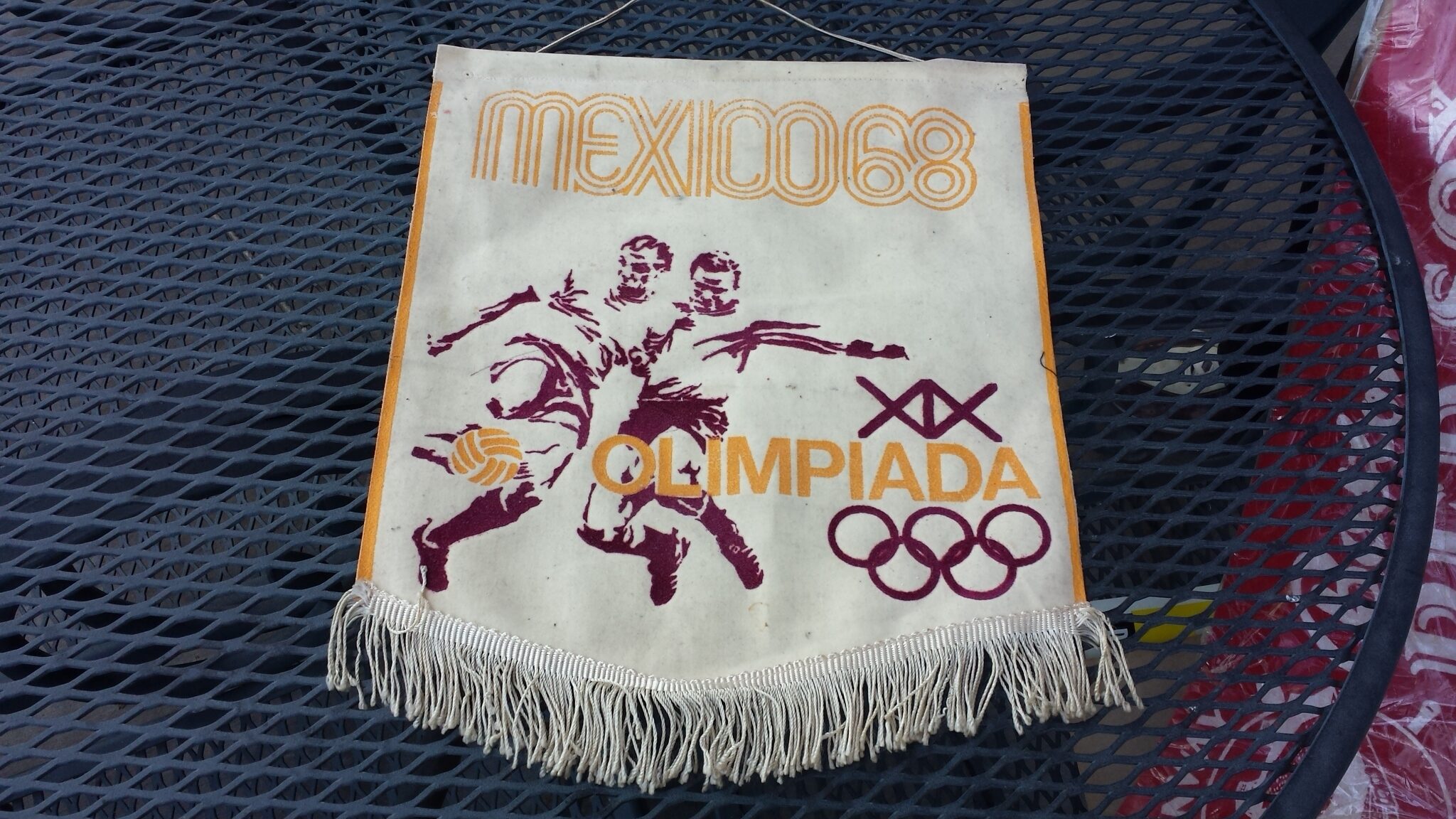 The 1968 Summer Olympics, officially known as the the Games of the XIX Olypmpiad, were an international multi-sport event held in Mexico City in October. This was the first Olympic Games, to be staged in Latin America. American George Foreman won a gold medal for boxing (Heavyweight.) These games were noted, for 2 African-American track stars holding a Black Power salute during their medal awards ceremony. This proved to be, the most controversial moment of a very successful Olympic Games. Among the countries making their first appearance were Honduras, El Salvador, Kuwait and Sierre Leone. This marked the first time, both East and West Germany competed as separate teams.

Transmitted in color for the 1st time, the United States finished on top, with 45 gold medals and 107 total. Al Oerter won his 4th consecutive gold medal in the discus. The U.S. also won gold, in the high jump and long jump. In second place was the Soviet Union, with 29 gold and 91 total. Host Mexico, finished with 3 gold, 3 silver and 3 bronze. Losing the bronze in soccer to Japan, a 1st for an Asian country. In the signature event, Hungary won a gold medal and Bulgaria a silver in soccer. Today soccer is this planet’s number one sport.

Mexico’s successful 1968 Olympic Games paved, the way for Brazil’s hosting the 2016 Olympics. The soccer image on this Olympic Banner 12 inches x 13 inches (including fringes) , will put a smile on all the fans of Diego Maradona, Pele and certainly Messi as well. Celebrate the 50th anniversary, with this Olympic “Eye Candy” framed on your wall. Get it! Got it! GOOD!