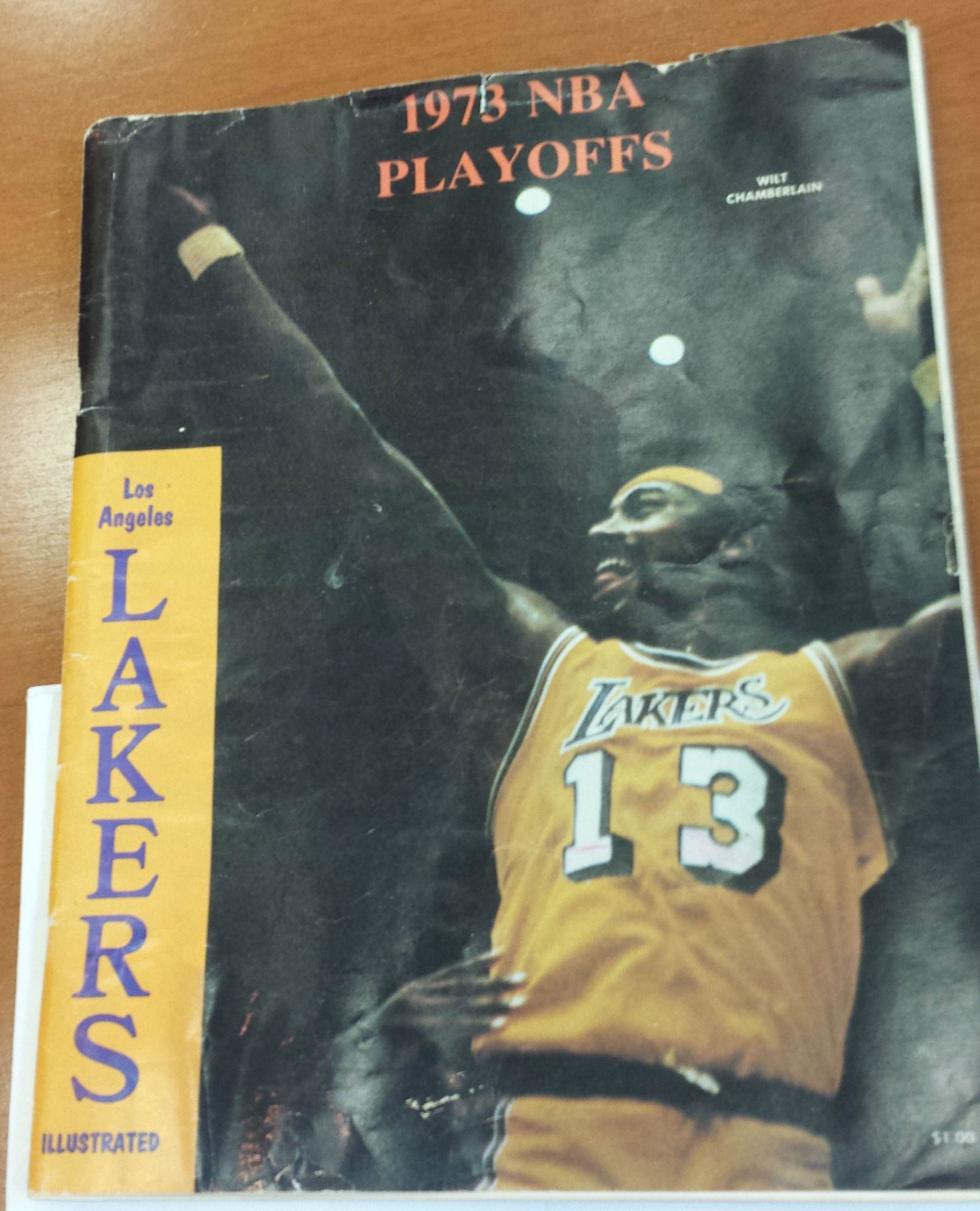 My Forever Treasures opens our Wilt Chamberlain Historic Souvenirs Vault. Pleased to offer this N.B.A. 1973 Finals Lakers program. The 1972-73 Eastern Conference Champion New York Knicks defeated the Western Conference Champion Los Angeles Lakers 4 games to 1. This was a reversal of the previous year’s finals and would prove to be the last time these 2 teams would compete in the finals. Bill Sharman was the Lakers coach and Red Holtzman New York’s victorious coach. Willis Reed won the finals M.V.P.

After losing the first game, the Knicks would win 4 in a row. McMillan, Goodrich, Jerry West, Pat Riley and Wilt Chamberlain shined for the Lakers. Bill Bradley, Walt Frazier, Jerry Lucas, Earl Monroe and M.V.P. Willis Reed were New York’s stars. These basketball finals were cited as a treasured memory on the U.S. version of the TV Series “Life on Mars.” As always, Chamberlain led in rebounds. Pat Riley would go on to be a Championship N.B.A. Coach.

The fifth and final game of these playoff finals would be Wilt’s final game as well. Framed on your wall, this program will serve as Hall of Fame Icon Eye Candy. Wake up to Wilt The Stilt, and remember how he set the gold standard for those who’ve followed him. Pamper yourself. We do.