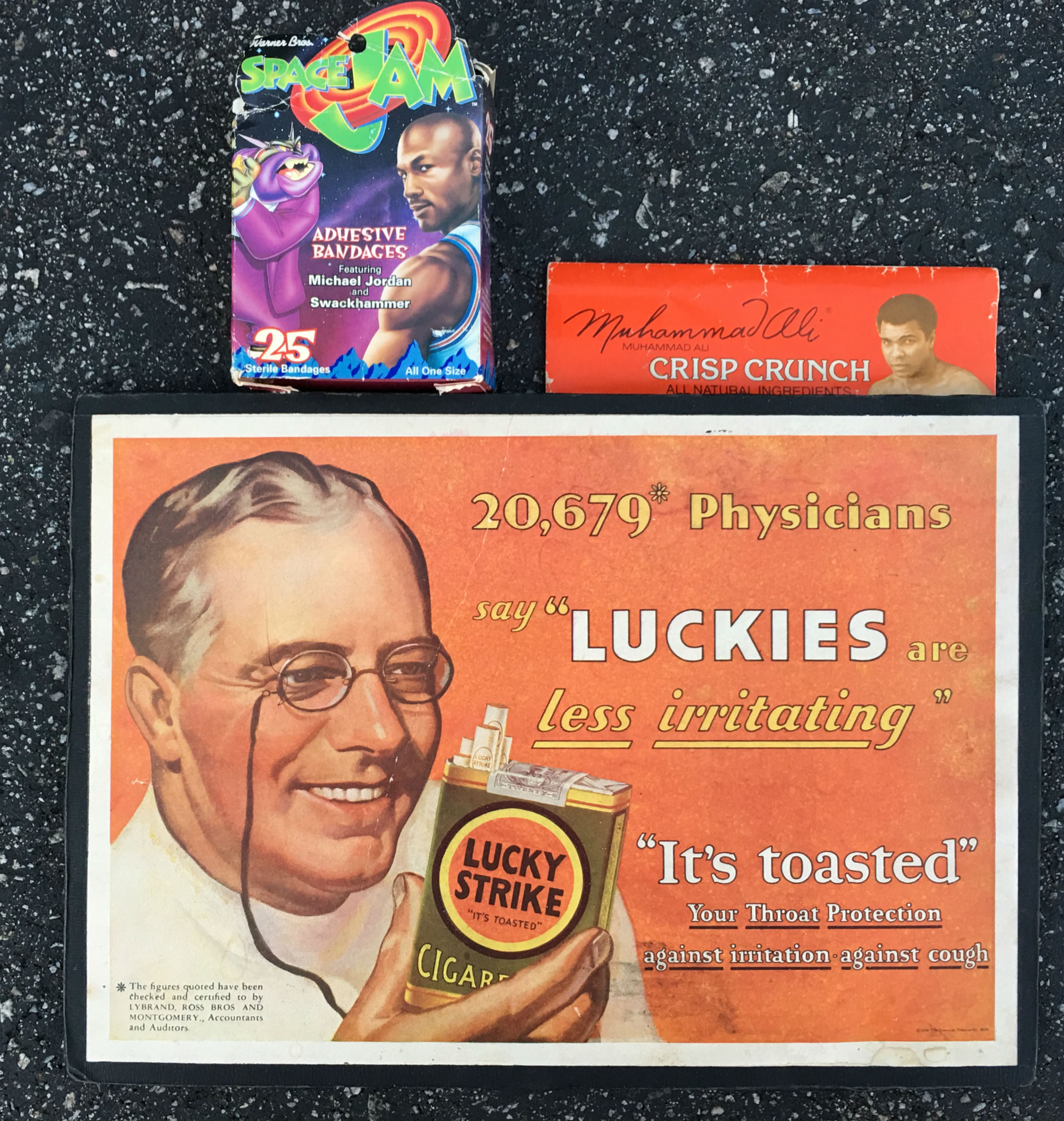 The, purpose of all products, is to convince the consumer. Show the public, reasons why they want, need & should buy their product. Always focus on the consumer’s desires.

The 1930’s offered cigarette companies an unusual circumstance. Their, objective was to influence consumers, a dangerous product (cigarettes) was safe and desirable. Today, cigarette packages have medical warnings! They’re banned in most restaurants, theaters, federal buildings, radio and television commercials just to bring us up to date! Our, vintage 1930’s Lucky Strike Cigarette ad, shows why “Luckies” was that decade’s most successful cigarette advertising campaign.

Lucky Strike Cigarettes, gained the consumer’s trust by offering Doctors assuring the public. Their, brand “Luckies” “tastes great,” and was not only safe, but “Toasted” assuring a smooth smoke.”Luckies” was protecting their throat, from irritating coughing. Doctors, assurances and scientific survey evidence, convinced the 1930’s American consumer! Even sugar cravings would disappear, if they lit up a Lucky Strike. Weight loss was possible. This, brought a 200% increase in female Lucky Strike purchases. Our, vintage Smoke “Luckies” Cigarette ad says it all.

In 1978, Muhammad Ali Crisp Crunch All Natural Ingredients Candy Bar was created. Consumers are vulnerable to products, identified with their idols. Michael Jordan, The Beatles & even The Spice Girls and Justin Bieber have taken this money making path. Muhammad Ali’s Image and Autograph are on the candy bar wrapper. Ali’s peanut and crispy rice candy bar, put a smile on “The Greatest of All Time’s” face.

At a publicity event for his “Crisp Crunch” Candy Bar. Ali enjoyed eating this new creation for the 1,000 fans watching. Certain, The Champ’s word was good enough for them. Ali’s word was always what they wanted to believe. Training for his Michael Spinks rematch, Muhammad laughed and said, “Leon Spinks can’t have his own candy bar.” “He’s, too ugly to put his face on the wrapper.” He won the Spinks rematch. Within 3 years, consumers decided Muhammad Ali’s 59 cents Crisp Crunch Candy Bar, wasn’t the “Greatest of All Time,” and it was discontinued. Today, this wrapper can be found on the internet for near $150!! 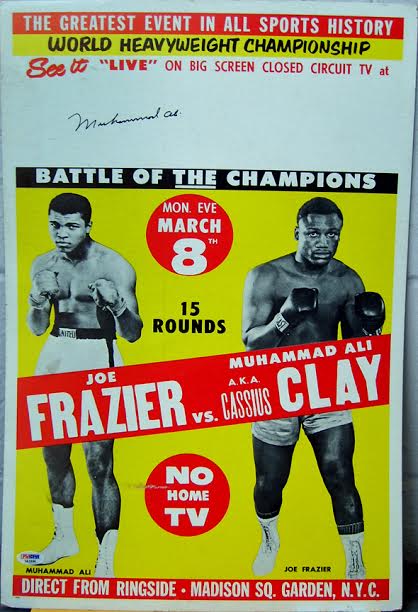 Iconic superstar Michael Jordan, is the all time king of product endorsing. Jordan’s likability and charisma gain the consumer’s trust. He’s their best friend. His, celebrity has never seen a drop. Michael Jordan, hasn’t only made his billion dollar fortune on Nike’s “Air Jordan” goldmine! This most trusted and believed celebrity When Michael talks. The consumer trusts and believes him.The products make a lot of money. Michael’s fame keeps increasing. Everyone wins.