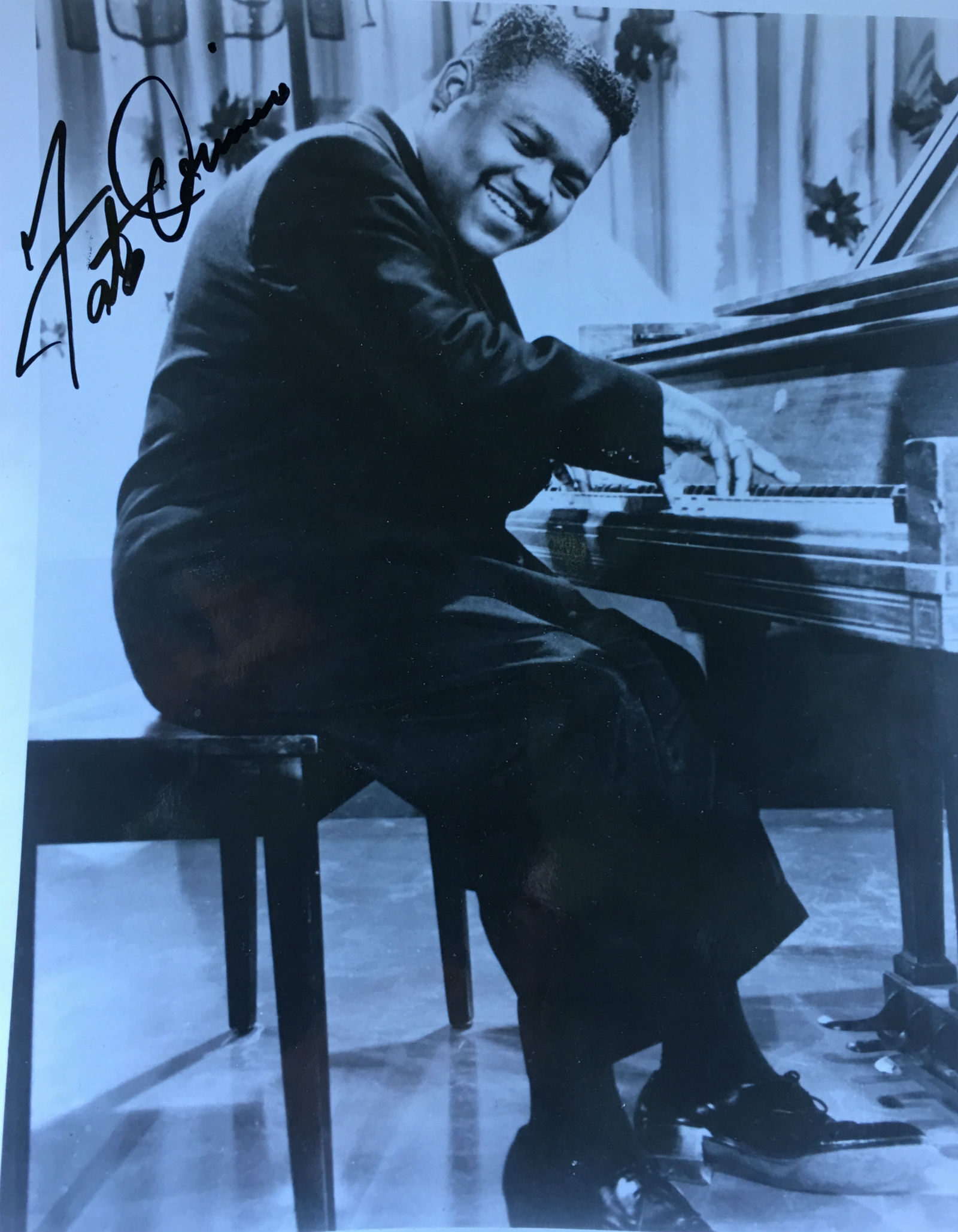 Other artists, borrowed from Domino’s heavily rhythmic danceable style of R. & B. Little Richard, said “Fats, could make a piano talk.” By, the late 1950’s, this “Fatman,” had more than 2 dozen gold records, including “Blue Monday,” “I Want To Walk You Home,” “Whole Lotta Lovin” and “One Night.” “One Night,” written by Dave Bartholomew, his producer and co-writing partner, was also a hit for Elvis Presley. Elvis, said Fats was “an influence and an inspiration.” “No one, could sing these songs, like Fats.” A great singer. A great artist. No one, could beat him, when it came to offering a good time.

Bartholomew, was Domino’s producer and song writing partner. During their 14 years together, Fats and Dave co-wrote many hits including “Ain’t That A Shame.” “Blue Monday” and “One Night,” are among Bartholomew’s classics. Pat Boone, had a big hit with “Ain’t That A Shame,” but Fats Domino’s version is still more popular today. This Louisiana French Cajun, was inducted in 1986’s, First Class of the Rock & Roll Hall of Fame. His class, includes Elvis Presley, Chuck Berry, Little Richard, Buddy Holly, Jerry Lee Lewis, James Brown, Sam Cooke, Ray Charles and The Everly Brothers. That’s all you need to know about Fats Domino.

At Fats induction, Billy Joel “Thanked him for creating music where the the piano, is a rock and roll instrument.” In, 1987 rock and roll’s loveable pioneer, received a Lifetime Achievement Grammy Award. George Harrison, said “I’m In Love Again,” is the first R. & R. song I ever heard.” “Ain’t That A Shame,” is the first song John Lennon learned to play. His buoyant spirit has reached fans worldwide. Fats said “I’m lucky enough to write and sing songs that carry a beat, with lyrics that tell a real story.” “A story, that people could believe was their story.” “Songs, that everyone could enjoy.” Fats, We Have !!

Fats Domino – Aint That A Shame