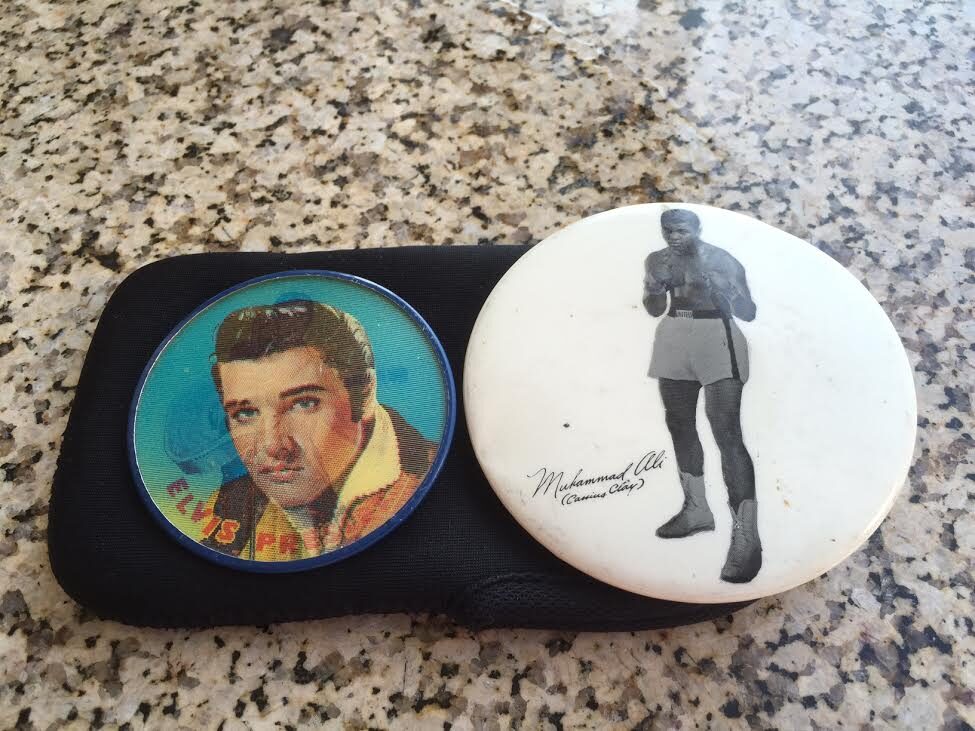 Both, Muhammad Ali and Elvis Presley, are the 2 most loved and recognized figures on earth. Elvis, and Muhammad were very good friends. Presley, visited Ali at his training camp, just before the First Liston Fight. They ran, talked & enjoyed each other. Elvis, would often join Ali, at his pre-fight headquarters.

When, the 2 met, Elvis was already the ultimate superstar. He, had been “America’s Newest Sensation,” for more than 10 years. Endless, classic # 1 hit songs and films later, Elvis Presley was “The King.” He, was about to have, a friend at the top !! Cassius Clay, now Muhammad Ali, would K.O. Sonny Liston, and become the World’s Heavyweight Champion. As, Brash Young Ali left the Ring, he screamed to the sky, “I Am, the Prettiest & the Greatest of All Time.” His, fans around the world agreed ! Now, and forever Ali would be known as the “Champ.”

The King, and The Champ would remain friends forever. Elvis Presley, released more than 100 Albums. All, went Gold, Platinum or Better. Elvis, starred in 31 Films. All showed a Profit. John Lennon said, “Before there was Elvis Presley, there was Nothing.” Now, years later Muhammad Ali, would be the icon to join Elvis. They, would both be idolized around the world.

Elvis, didn’t brag about his very good looks. James Brown said, “Elvis Presley, is the Best Looking White Man I’ve Ever Seen!!” The King’s Fans Agreed. Ali, would tell anyone who would listen, “I am the Prettiest of All Time.” Muhammad’s, incredible charm was celebrated around the globe. “The Champ”, would go on, to become 3 Time Heavyweight Champion. He’d be Voted, “The Most Loved Athlete of the Century.” Together, they were the Most Recognized Figures on Earth.

Admired, around the World. Those, who Love Ali and Elvis, will Always Offer, “Long live, “The Champ” and “The King.” My Forever Treasures, is releasing 2 of our favorite “Icon’s Icon Treasures.” This rare, large 3.5″ Muhammad Ali (Cassius Clay) 1970 Pinback. = Prized by his fans.We’re, also celebrating “The King,” with The Trademark Elvis Presley Color Flasher 2.5″ E.P.E Pinback. Pinned to your jacket, or in a Display, Everyone will see you love = “the most loved on Earth.” Enjoy.