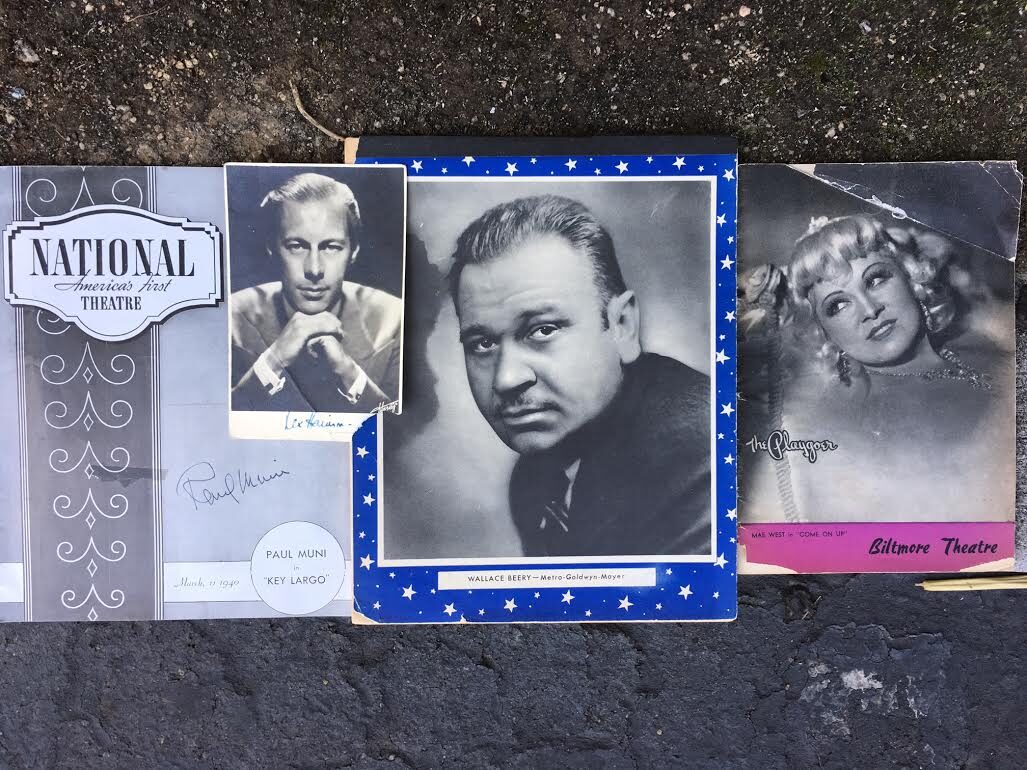 To assure, our clients, one-of-a-kind treasures. My Forever Treasures, is offering our, first vintage “4 in 1” film museum piece. Academy Award winners, who were stars of stage and screen. A rare combination, of Paul Muni, Wallace Beery, Rex Harrison and Mae West.

Paul Muni, alternated between Broadway and Hollywood, for his roles. He became, one of the most distinguished actors, of both stage and screen. Muni, was one of the few screen actors, given the privilege of choosing, which film roles he wanted. His legendary film highlights include, “I am a Fugitive, from a Chain Gang,” “Scarface,” “The Good Earth,” “Viva Villa,” “The Life and Times of Emile Zola,” and a Best Actor Academy Award, for 1936’s, “The Story of Louis Pasteur.” 6 Academy Award Nominations and universal acclaim, has Paul Muni, known as one of the finest actors, of his generation. Muni’s theater success, rivaled his screen work.

“4 in 1” Treasure, includes a vintage, 1930’s autographed theater photo of a very young Rex Harrison. Rex, made a name for himself, playing debonair British gentleman. “4 in 1” needs, a great British stage and screen actor. Rex, became an international film star, and a 1964 Academy Award winner, for his portrayal of Henry Higgins, in “My Fair Lady.” To complete this treasure, we added a “great lady.” Mae West, was the ultimate stage and screen star. West, was the mid-1930’s highest paid actress. Mae’s, “She Done Him Wrong,” was nominated for a Best Picture Academy Award. To seal the deal, our “4 in 1” Treasure, adds an all world favorite Mae West, “Come on Up,” Biltmore Theater Playbill. L.A. 1947.

Muni, Beery, Harrison and Mae West, are our legends of the day. To make them, your-legends. Contact-us.:)

The Best of Mae West