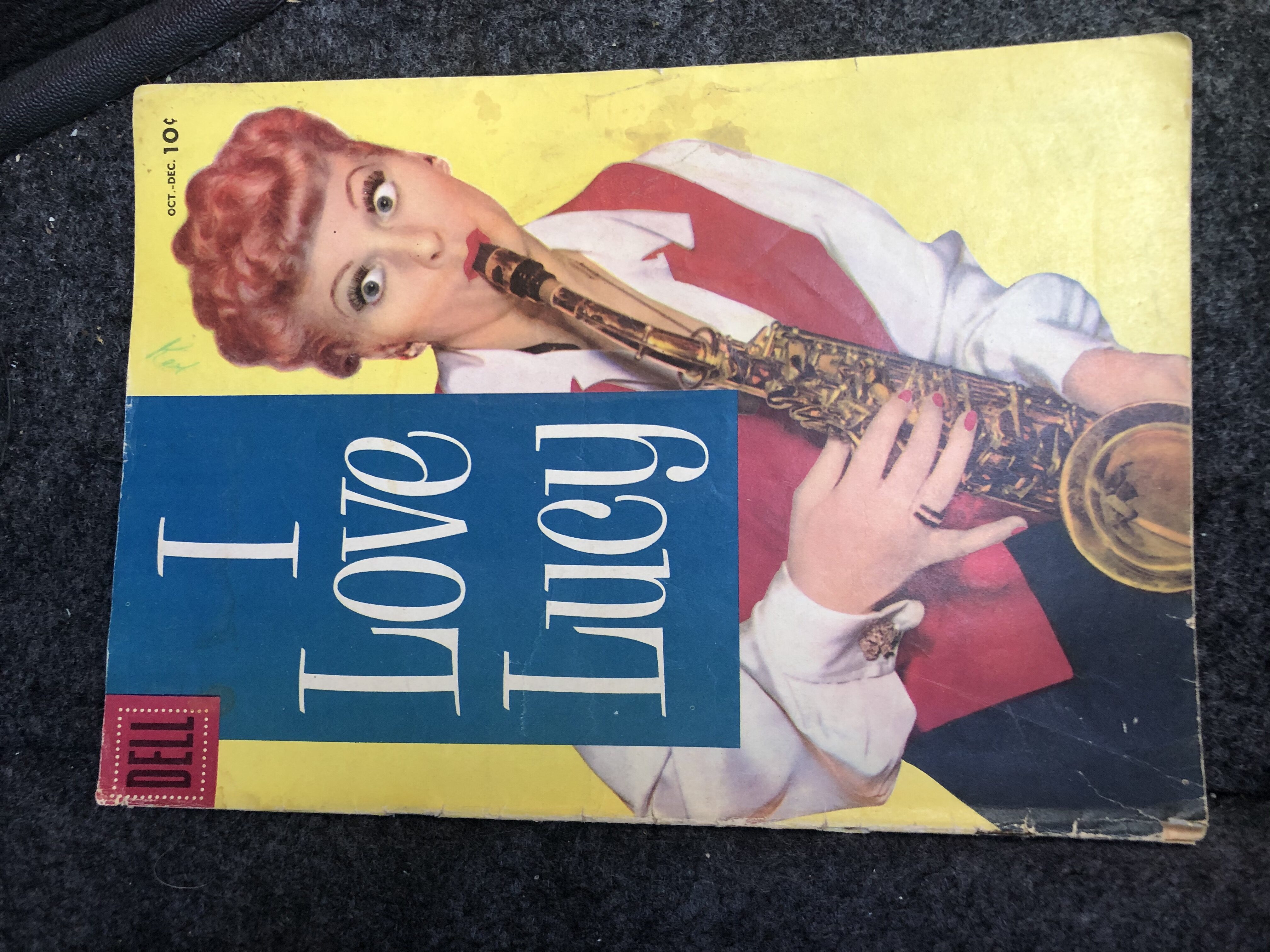 “I Love Lucy,” is an American television sitcom that originally aired on C.B.S. from Oct. 1951 to May 1957 with a total of180 episodes. It starred Lucille Ball and Desi Arnez as husband and wife. Vivian Vance and William Frawley were their husband and wife best friends. They were next door neighbors. *This comic book was published during that period. Lucy played a young middle-class housewife in N.Y.C. who often concocted plans with her best friends the Mertzs (Viv and Wm.) to appear alongside her bandleader husband Ricky Ricardo (Arnez) in his nightclub, trying numerous schemes to be a part of show business.

After 1957 the show continued for three more seasons with one hour specials. “I Love Lucy,” became the most watched show in the U.S. 4 of it’s first 6 seasons. It also was the first to end it’s run at the top of the ratings. It has been syndicated in dozens of languages and “Lucy’s” popularity continues 70 years later.

This was the first ensemble cast scripted show to be filmed in front of a live audience. It is regarded as one of the most influential sitcoms in history. In 2012 “I Love Lucy,” was voted the Best TV Show of all time in a survey conducted by N.B.C. News and People Magazine. Many episodes are considered classics. My Forever Treasure opens our Considered Classics Vault, to offer you an “I Love Lucy” comic book from the 1950’s Golden Age of Television. Get it. Got it. Good.