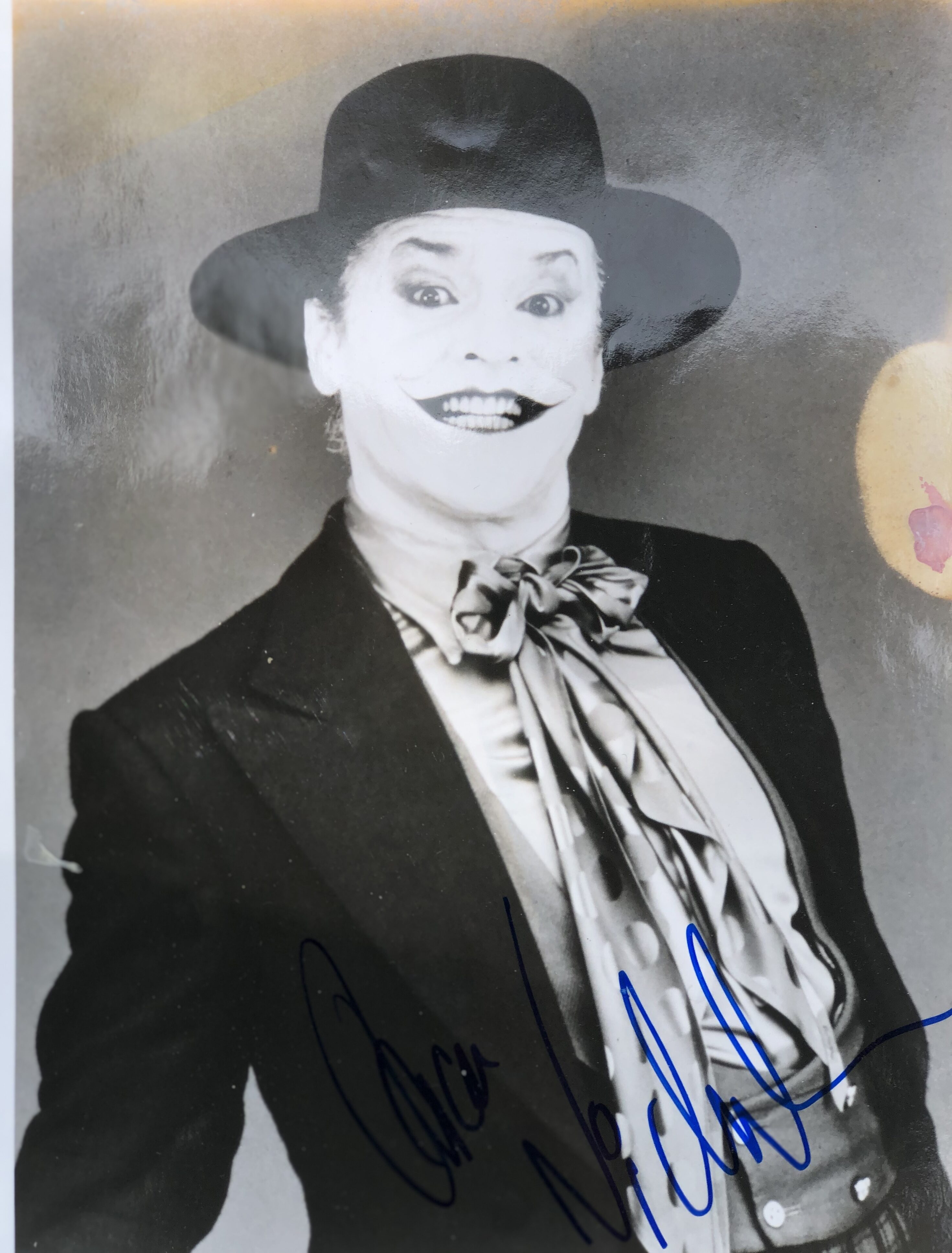 Jack Napier, also known as the “Joker” is a fictional antagonist of the 1989 superhero film “Batman”, directed by Tim Burton. Portrayed by Jack Nicholson, the character was based on the supervillain “The Joker.” Nicholson’s “Joker” is in top form as he kills the gangland boss and wages war on Batman. The film won the top prize at the Venice Film Festival.

His colorful, jovial and nutty clown proved to be a winner with audiences around the world. Jack’s “Joker” stole the show. His iconic turn remained true to the comic book character, dazzling the critics. Despite being the super villain, audiences couldn’t help but laugh at his well-timed puns, hilarious one-liners and lively antics. Nicholson’s performance was realistic, crazy, and psychotic just as the “Joker” was written. At it’s release the film was the 5th highest grossing film in history.

With Jack Nicholson’s 3 acting Academy Awards and endless nominations. He remains one of the greatest actors of all time. My Forever Treasures has opened our icon’s icon vault. This incredible autographed photo of Jack’s “Joker” is the prize. Enjoy.