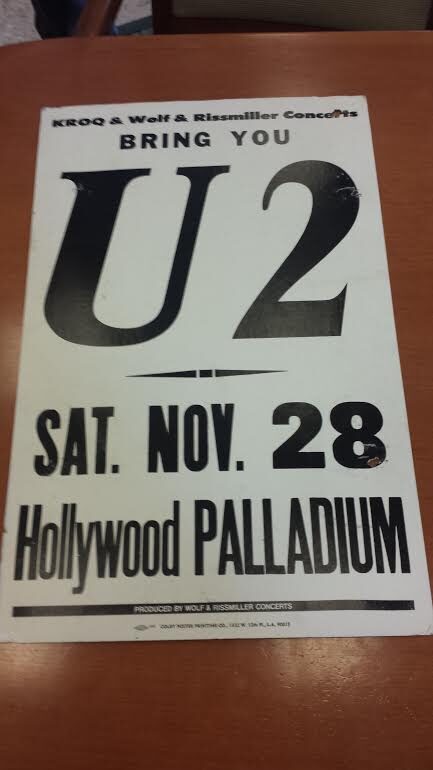 U2, is an Irish rock band from Dublin, Ireland.They are among the world’s biggest bands, in the world. With 13 studio albums and more than 170 million sold, they are considered one of the world’s best-selling artists of all time. In 2006, they won 6 Grammy Awards, including Best Album and Best Song of the Year. U2 has won 22 Grammy Awards = Total ! They were elected, to the Rock and Roll Hall of Fame, in 2005, their first year of eligibility. They use their huge success, to campaign for human rights and are among the most socially active. Today, they perform at Stadiums attended by more than 50,000 fans. Among their classic hit songs, are “Where the Streets Have No Name,” “Beautiful Day” and “Still, Haven’t Found What I’m Looking For.” Their 1987 Album, “Joshua Tree,” made them International Stars.

My Forever Treasures, has opened our vintage R. & R. Vault. Frame, this U2 Poster. Hang it, on your wall. = “Icon Eye Candy.” …date-that-forever.