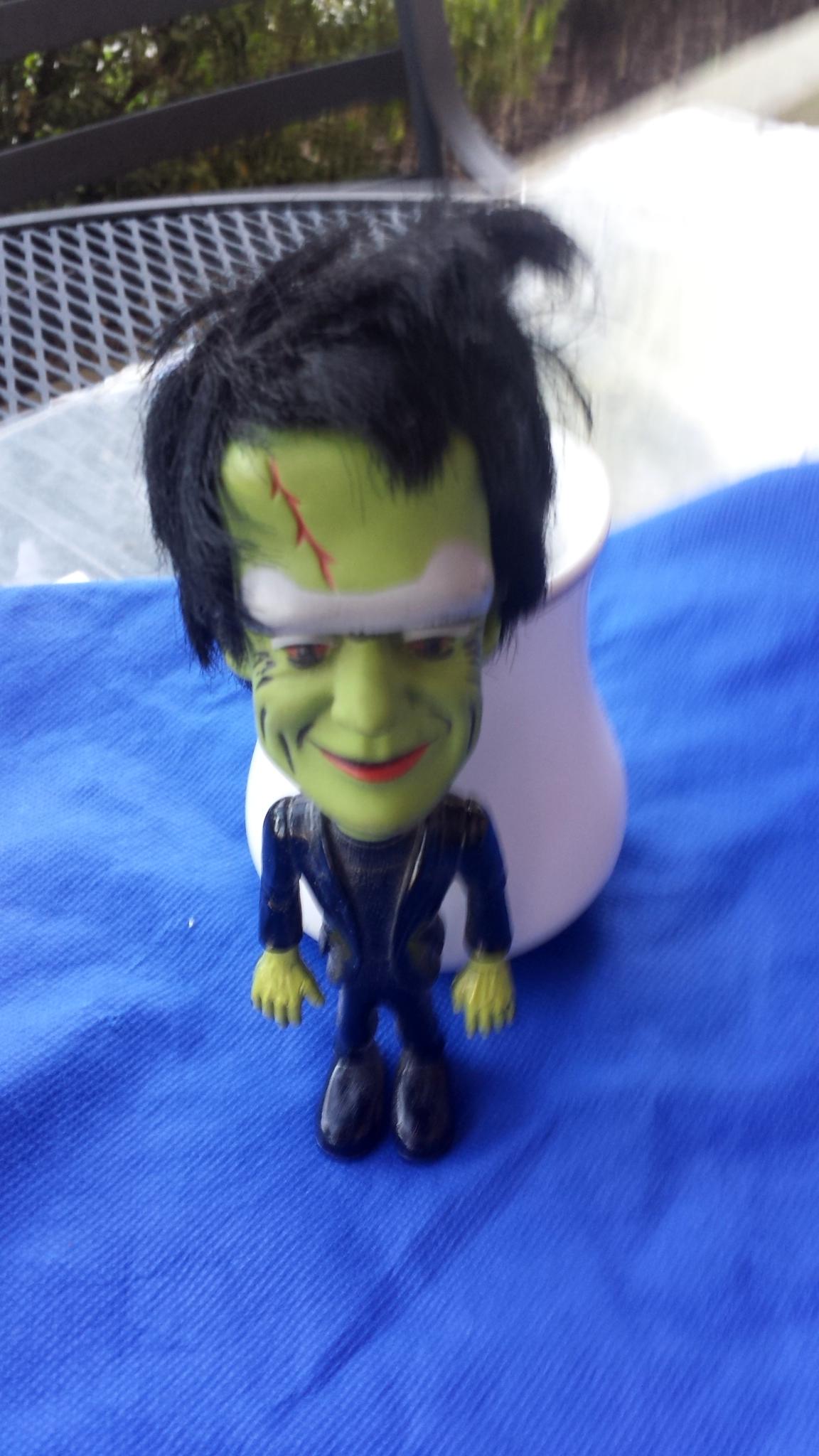 The Munsters is an American sitcom depicting the home life of a family of benign monsters. Herman is the head-of-the-household. He is a Frankenstein monster type. In 1965 the show was nominated for a Golden Globe. The series was a satire of both traditional monster movies and the wholesome family fare of the era… It was produced by those who created “Leave It To Beaver.” It ran concurrently w. the similar macabre themed “The Addams Family,” but fared much better in the ratings.

Instead of animation, a live version proved to be the ideal novel formula.The characters would be supernatural creatures. The show followed the familiar family sitcom formula of the era. The well meaning father, the nurturing mother, the eccentric well meaning relative, the naive teenager and the precocious child. The series offered customized monster possessions, such as a dragster made out of a coffin. The monster/normal life theme was so popular, it’s still loved today, by children and adults more than 50 years later.