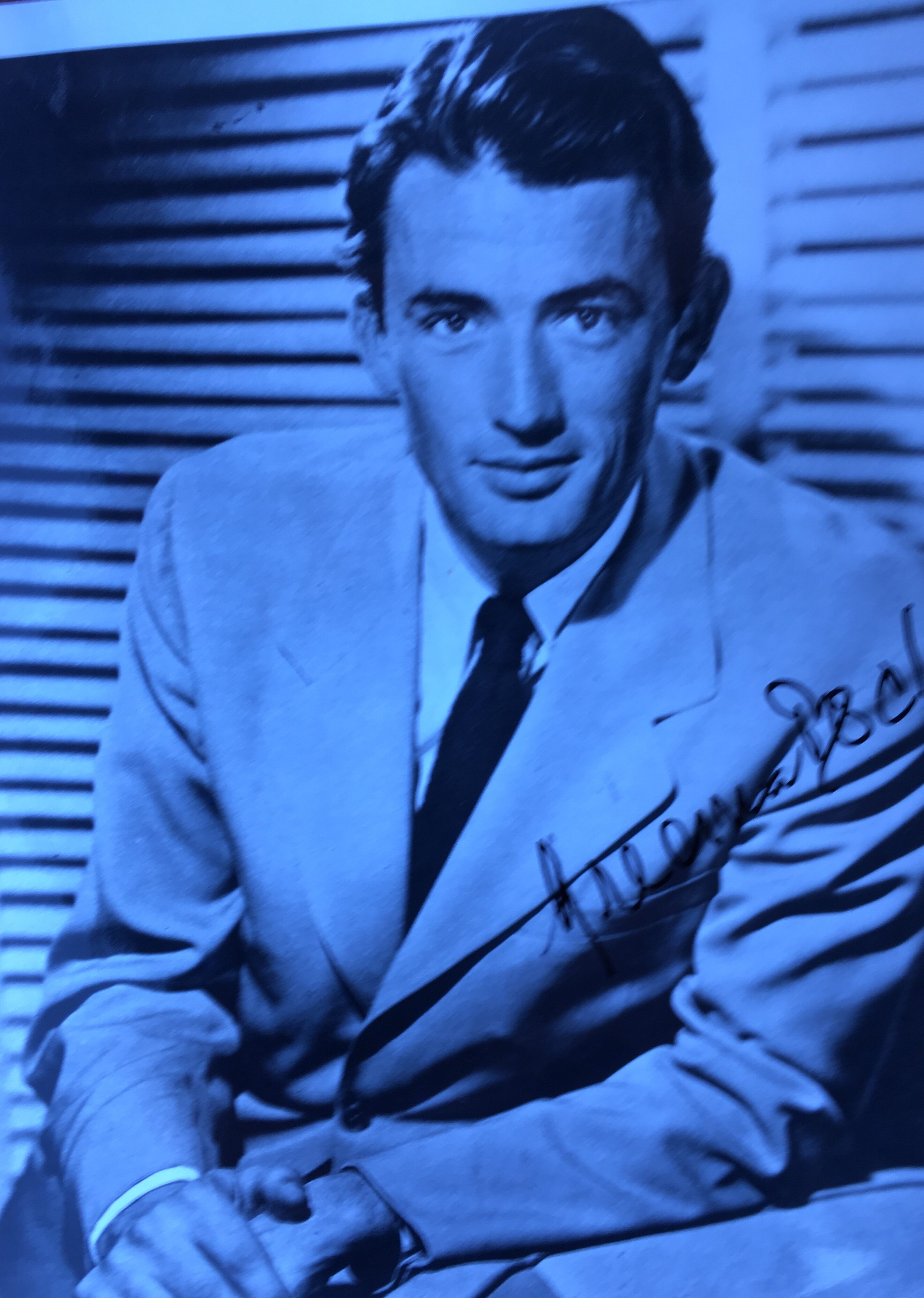 My Forever Treasures has returned to our vintage film icon vault. We are pleased to offer an autographed Gregory Peck treasure.
Gregory Peck was an American actor. He was one of the most popular film stars, from the 1940’s to the 1960’s. Peck received 5 Best Actor Academy Award nominations and won once, for his incredible performance in the 1962 drama “To Kill A Mockingbird.” The A.F.I. named Peck among the 12 Greatest Male Stars of Classic Hollywood Cinema.

Peck’s first film “Days of Glory,” was released in 1944. He was nominated for 5 Best Actor Academy Awards. Four came during his first 5 years of film acting: for “The Keys of the Kingdom.”(1944)”The Yearling.”(1946) “Gentleman’s Agreement.”(1947)and “Twelve O’Clock High.” (1949) Gregory Peck’s height at 6′ 3″ offered a stately presence. His powerful persona served Gregory well in “Roman Holiday,” w. his co-star Audrey Hepburn winning an Oscar. He proved to be the ultimate leading man in “Moby Dick,” “Spellbound,” “Gentleman’s Agreement,” “Cape Fear” “How The West Was Won,” and “The Guns of Navarone.”

Gregory Peck won the Best Actor Academy Award for his fifth nomination as Atticus Finch, a Depression-era lawyer and a widowed father in the iconic film “To Kill A Mockingbird.”(1962) This film and role would always remain his favorite. A.F.I. named Gregory Peck’s portrayal of Atticus Finch the greatest motion picture hero of the last 100 years ! Forever remembered for roles where he was a symbol of the American male at his best. Thrillers, war films, westerns and social messages were evident in his huge catalog. Peck was one of the best.