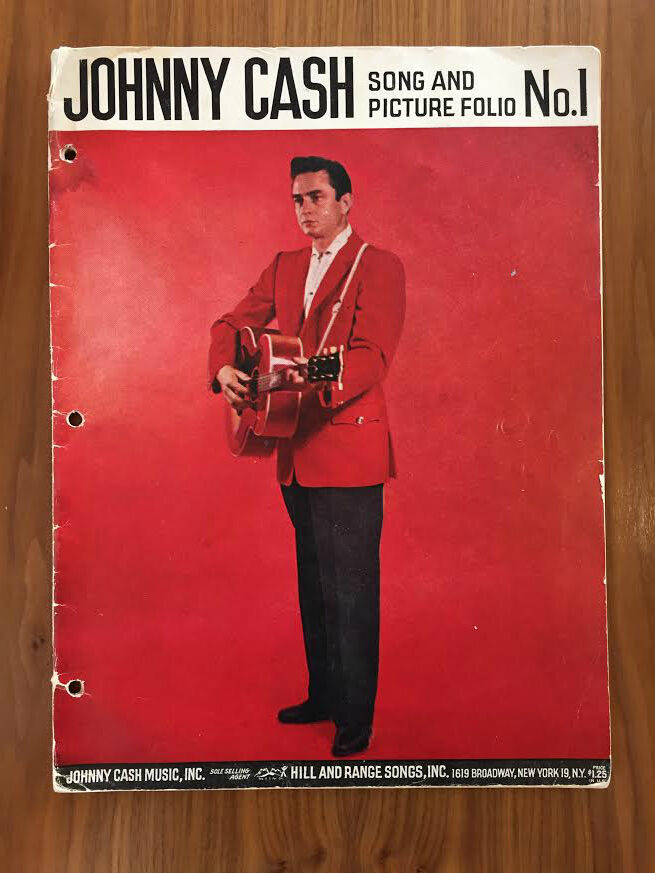 Johnny Cash was born in Arkansas, Feb. 26, 1932. He was 1 of 7 children. His parents were poor share croppers. Music was one of the few ways, to help escape very difficult times. The family gave Johnny a guitar, when he was 12 years old. Music quickly became his passion. He became an excellent guitar player. No one would have guessed. Many years later, this young musician, would become the only person, admitted to The R. & R. Hall of Fame, The C. & W. Hall of Fame, AND, The Songwriter’s Hall of Fame as well !! His mother even offered him voice lessons. Voice teachers said, “It wasn’t necessary.” Johnny had a wonderful Unique Voice.” “Don’t change a thing.”

And, Johnny Cash, didn’t change a thing. After graduating H.S., while in the Air Force, he formed a band. Johnny took playing the guitar, and writing songs very seriously. After leaving the Air Force in 1954, he had big music plans. Johnny formed another band. He wanted, to go to Sun Records, where Elvis First Recorded. Sam Phillips listened and, had Johnny record an original song, “Cry, Cry, Cry.” It went to # 14 on the charts. He toured with Elvis and a host of others. A great beginning.

Johnny Cash’s breakout success, arrived in 1956.  His Original Classic, “I Walk The Line,” skyrocketed to # 1 on all the charts !!  The song sold 2 million copies as well. Johnny joined Elvis, Jerry Lee Lewis and Carl Perkins, as Sun Record’s Million Dollar Quartet. He made his first appearance at the Grand Ole Opry. “Ring of Fire,” and other # 1 Hit Classics followed. Touring endlessly, took it’s toll on Johnny. 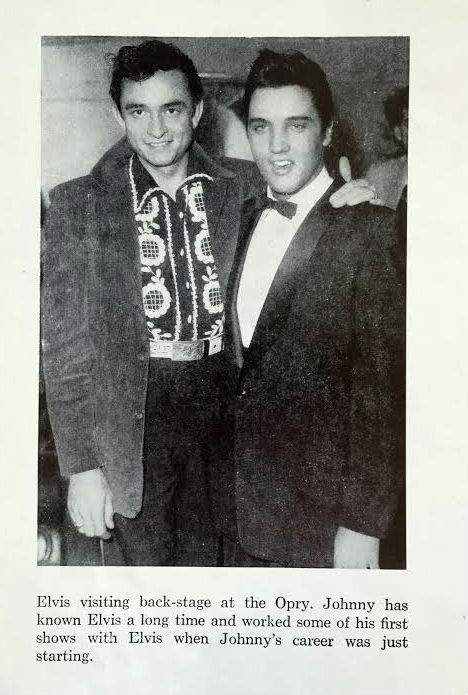 Divorced and needing a change of scenery, he moved to Nashville. That’s where he met June Carter.Their marriage, recordings and shows together are legendary. He gave his first free concert at San Quentin Prison. 22 year old Merle Haggard was in the audience. Johnny Cash’s Album, “Live at Folsom Prison,” was his most successful. He won 2 Grammy Awards. The Album sold 6 million copies and was # 1 for 14 weeks.

Cash had his own television show. Bob Dylan was his first guest. The hit songs went on “One Piece At A Time.” “Frankie’s Man Johnny,”  “Don’t Take Your Guns To Town,” and countless others. These are among the reasons Johnny Cash, is the only member of The R.&R. Hall of Fame, C.&W. Hall of Fame, and the Songwriters Hall of Fame.

His fans know Johnny Cash, as the “Man in Black.” His shows with Willie Nelson, Waylon Jennings, and Kris K. as “The Highwaymen,” thrilled audiences for decades. Available At My Forever Treasures, we have a rare Johnny Cash Song and Folio No. 1. 1959. Songbook. Words and music to “I Walk the Line,” + other favorites. Great early photos of Johnny and Elvis, Jimmie Rodgers, Gene Vincent + more. Bill Gates won’t find, a more awesome Johnny Cash Songbook. We have just this One. Framed on your wall, = Music “Icon Eye Candy.” Contact us, to seal the deal. It’s one of my favorites.