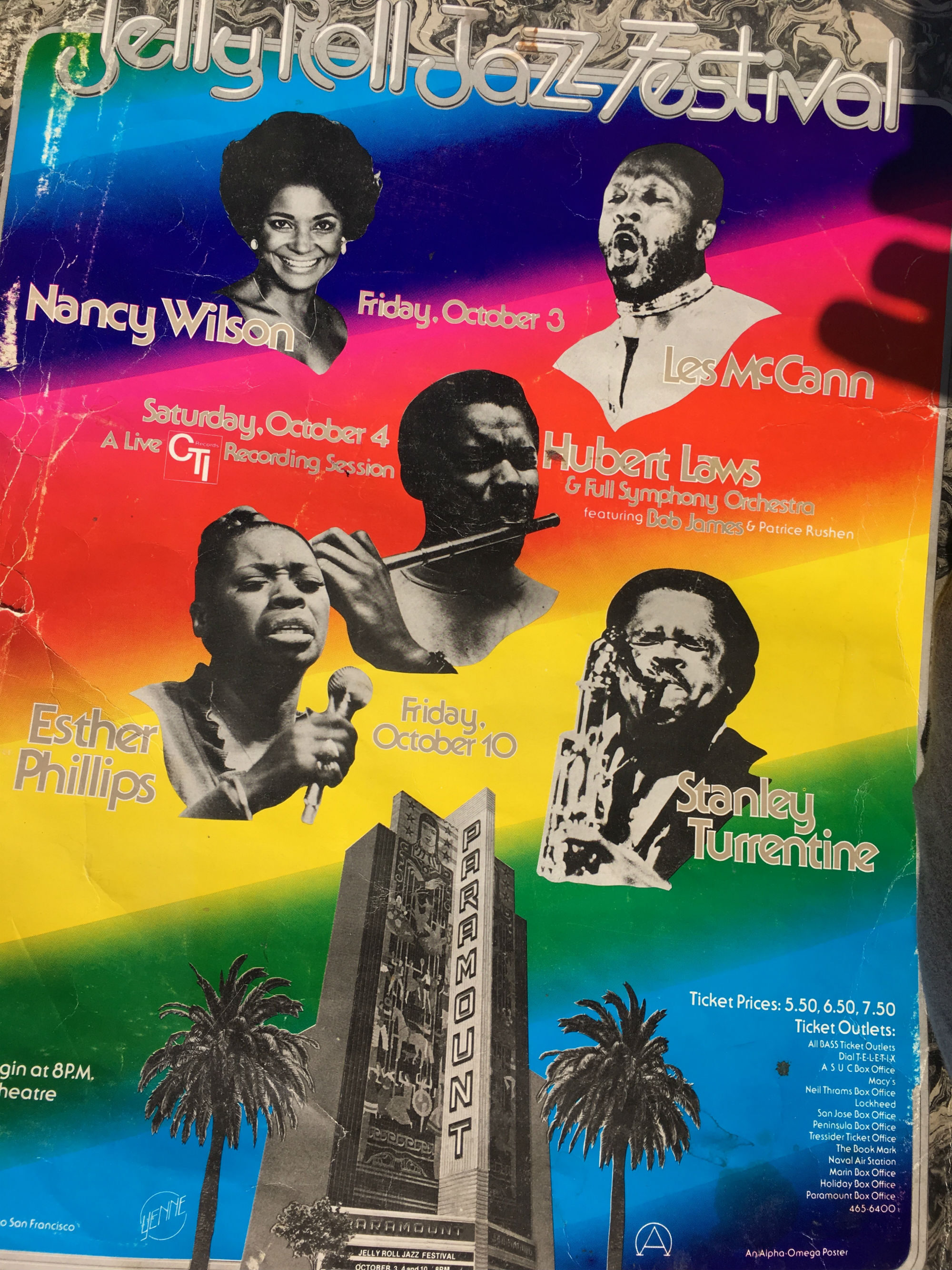 Jazz is a music genre that originated in the African-American communities of New Orleans in the late 19h and early 20th centuries,and developed from roots in blues and ragtime. Jazz is seen by many as ‘America’s Classical’ music. Since the 1920’s “Jazz Age” jazz has become recognized as a major form of musical expression. My Forever Treasures has opened our iconic vintage jazz vault. We’re offering a dual jazz treasure. An Ella Fitzgerald autograph. There is only one “Queen of Jazz.” Plus, our 1975 Jelly Roll Jazz Festival Poster. Welcome Nancy Wilson, Les McCann, Hubert Laws, Esther Phillips and Stanley Turrentine.

Ella Fitzgerald was an American jazz singer often referred to as the First Lady of Song, the Queen of Jazz and Lady Ella. She was noted for her purity of tone, impeccable phrasing,and improvisational ability, especially in her scat singing. Her collaborations with Louie Armstrong attracted much attention over the years. Her classics include “A-Tisket, A-Tasket,” “Autumn in New York,” “Begin the Beguine,” and “Bewitched Bothered and Bewildered.” She recorded 200 albums and near 2,000 songs, many considered American treasures. Ella’s voice spanned 3 octaves, offering very high & low notes for her scat singing. She won 14 Grammy Awards.

Ella Fitzgerald’s 1945 recording of “Flying Home” had the N.Y.Times describe the song “as one of the most influential vocals of the era.” Her incredible vocal improvisation and dazzling inventiveness on Ella’s recording of “Oh, Lady Be Good” had critics and the public think of her as one of the most important jazz singers.”Ella Fitzgerald Sings The Duke Ellington Songbook,” is the only songbook the composer of the songs played on the record.

Ella’s legend continued over the decades. Frank Sinatra’s favorite female vocalist recorded 200 songs during the 1990’s and performed for the 26th time at Carnegie Hall. Several of her awards and personal possessions can be found in the the Smithsonian Institute. Our treasured Ella Fitzgerald autograph is yours from our jazz icons vault. 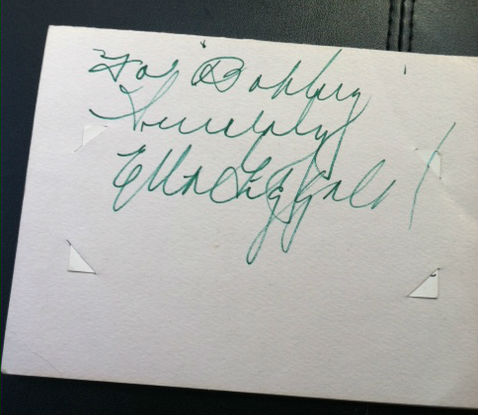 Les McCann, an American jazz piano vocalist was among the first jazz musicians to include electric piano, clavinet and synthesizer in his music. He discovered Roberta Flack.His first album “Swss Movement” and the single “Compared To What,” were both huge Billboard Chart Successes. An innovator in the soul jazz style merging jazz with funk, soul, and world music predating Stevie Wonder’s work during this period. McCann played with endless jazz greats. Reviewers said Les McCann’s set was a highlight at the Paramount in this 1975 Jazz Festival.

Hubert Laws is an American flute player and saxophonist. His career has spanned more than 40 years in jazz classical and other musical genres. Along with Eric Dolphy and Herbie Mann he’s considered one of the most recognized and respected jazz and classical musicians in history.Laws mastered jazz, classical, pop and the R.& B. genres.Hubert has played and recorded with McCoy Tyner, Herbie Hancock, Ella, Aretha, George Benson and Stevie Wonder. He’s been awarded a Lifetime Achievement Award from the National Jazz Society. His 1975 performance at the Jelly Roll Jazz Festival was incredible.

Esther Phillips was an American jazz, R. & B. blues and soul singer. Her 1950 “Double Crossing” reached # 1 on Billboard’s R.& B. Charts. “Mistrusting Blues” was another chart topper. Esther’s 1975 “What A Difference A Day Makes” was her current # 1 hit as she took the stage at this Jelly Roll Jazz Festival. During the 1970’s this adored vocalist was nominated for 4 Grammy Awards in just 6 years. wow!

Stanley Turrentine was an American tenor jazz sax icon. He began playing jazz, soul and fusion. Often played with Freddie Hubbard, Ron Carter and George Benson. Stanley’s fusion album “Sugar” proved to be one of his biggest successes. “That’s Where It’s At,” with Donald Byrd became one of his most popular. This jazz fusion giant overwhelmed the Jelly Roll Jazz Festival’s jazz lovers.

My Forever Treasures is parting with 2 of our vintage jazz prizes. Queen Ella Fitzgerald’s autograph and a great night of jazz. This incredible 1975 Jelly Roll Jazz Festival Poster. They can be yours. Welcome Ella, Nancy, Les, Hubert, Esther, and Stanley into your home. They are you jazz icon best friends. It’s true.