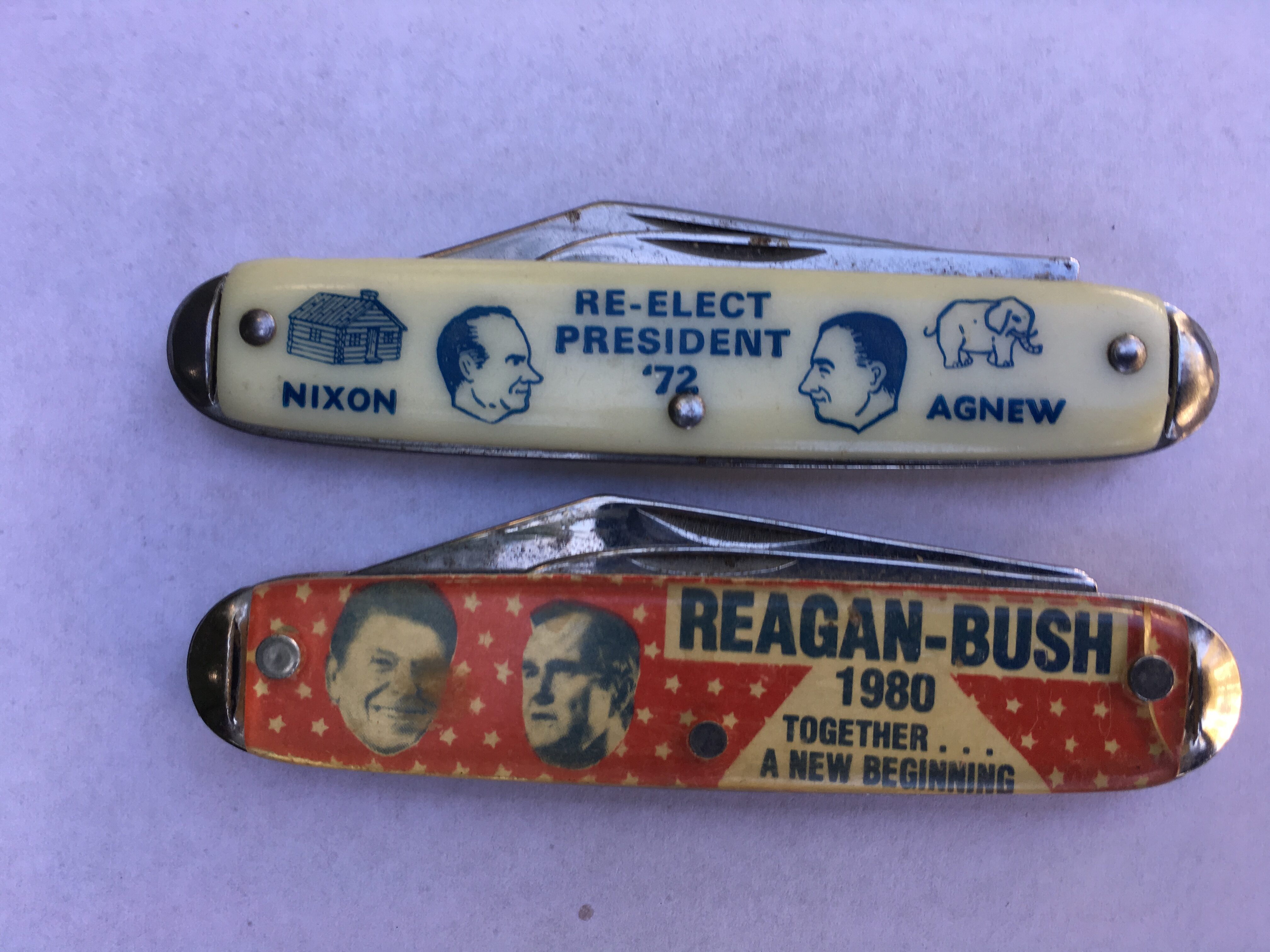 My Forever Treasures is celebrating political memorabilia month. Pleased with the great success our hand signed John F. Kennedy and Jackie Kennedy 1960 photo brought. In response to requests for “fun” political items, we’re offering these 2 vintage presidential campaign pocket knives. They are both very collectible, affordable and enjoyed by collectors of all ages. Thank you Reagan/Bush and Nixon/Agnew.

The 1972 Re-Elect Nixon/Agnew knife, is the campaign classic with great graphics of Nixon, Agnew and the Republican Log Cabin & Elephant. Add this to your political collection. It’s a favorite. The knife is 2.25″ in diameter, U.S. made and weighs 7.8 ounces. Richard Nixon and Spiro Agnew won this election. I display this dual blade beauty with my political pennants and use it for opening mail as well.

For those who collect Ronald Reagan political memorabilia, we’re offering our 1980 vintage souvenir winner. This top of the line 1980 Photo Ronald Reagan and George Bush Presidential Campaign dual blade pocket knife can be yours. The body is 2.5″ and manufactured in the U.S. The red background accents the photo and their election slogan, “Together …..A New Beginning.” This souvenir can be your way of remembering Reagan’s 1980 presidential victory. We’re always pleased to offer classics.

My Forever Treasures is offering the two vintage duel blade pocket knives as a pair. In 1972 Nixon was victorious and in 1980, Reagan and Bush did represent “A….New Beginning.” In your political memorabilia case these souvenir knives will serve as “Political Eye Candy.” You deserve it. 😉