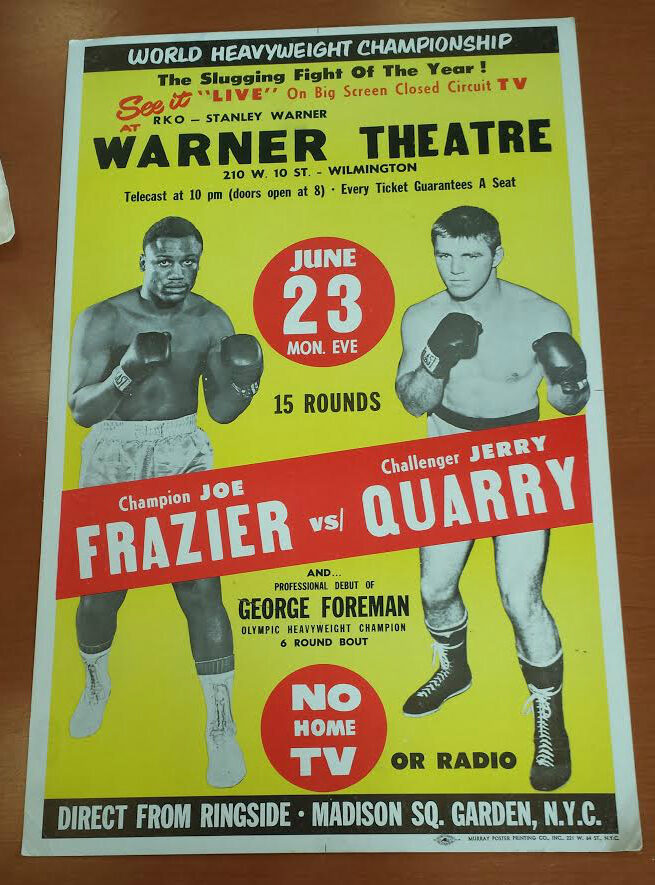 The press declared, “this was the best fight of 1969.”  Frazier TKO’d Quarry in 7 rounds,  successfully defending  his portion of the Heavyweight Crown.

George Foreman, 20 year old Olympic Champion,  made his professional debut. He won by a 3 round TKO.  3 1/2 years later, George Foreman would win Joe’s title with a 2 round TKO.