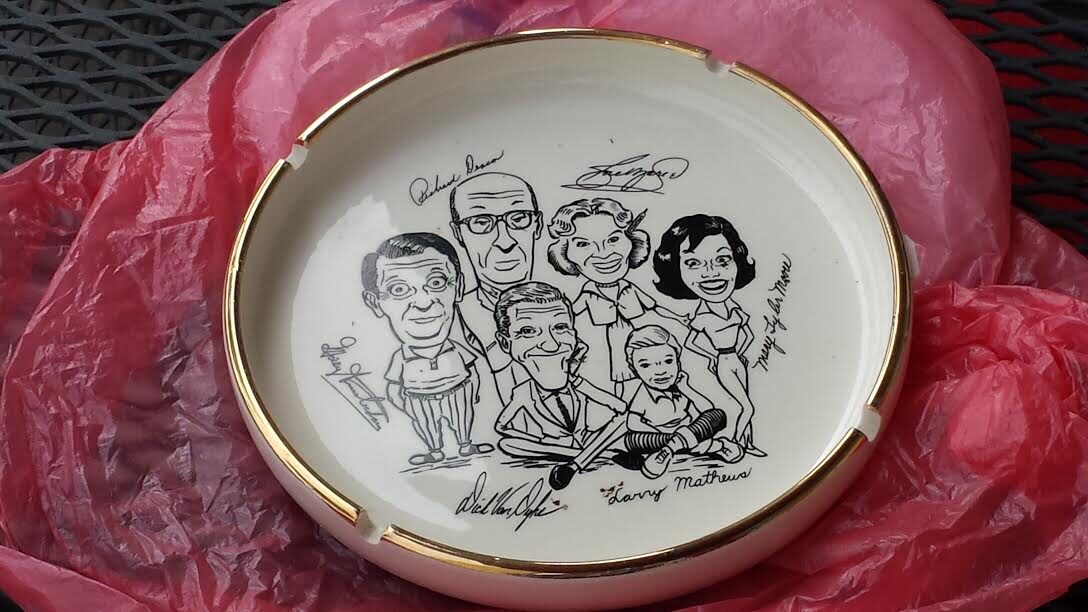 Gold Metallic Band around the top.  Jack Nadel Inc. Dick Van Dyke is an accomplished artist. The caricature of the cast was drawn by him.  The Dick Van Dyke Show ran from 1961-1966.  2 episodes are included among television situation comedy’s top 15 best . All the cast’s characters are included. Dick Van Dyke as Rob Petrie a TV comedy writer. Mary Tyler Moore is Laura, his wife. Morey Amsterdam and Rose Marie were comedy writers who were  Rob’s co-workers. Richard  Deacon is producer of the television show where they are writers. Larry Mathews is Rob & Laura’s son. Carl Reiner created the  Dick Van Dyke Show and also played the star of the television show  where they all worked. Winners of 15 Emmy Awards. The Dick Van Dyke Show served as the gold standard for the situation comedies that would follow. EXTREMELY RARE PROMOTIONAL ITEM because it was only given as personal gifts to cast, crew and guest stars. Dick used this drawing of him, for his  business logo, by the TV show credits, very rare.