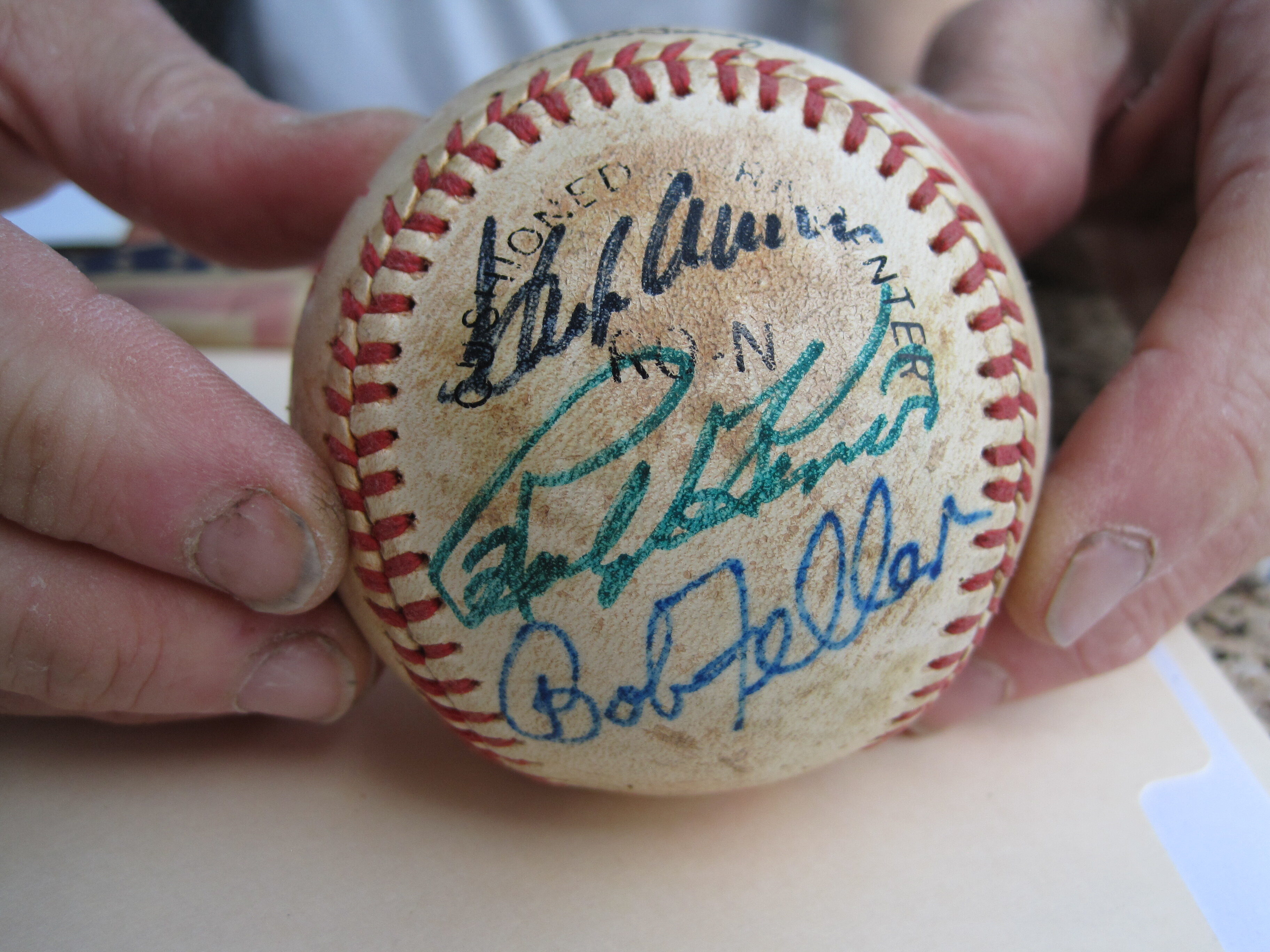 In 1974 HANK AARON BROKE BABE RUTH’S LIFETIME TOTAL OF 714 HOME RUNS. AARON’S CAREER TOTAL OF  755 HOME RUNS, before the steroid era, is considered to be  the TRUE #1 LIFETIME HOME RUN ACHIEVEMENT. MORE THAN 3,000  HITS.. A LIFETIME .305 BATTING AVERAGE had HANK playing in 24 ALL STAR GAMES IN 21 YEARS. HE WAS MOST VALUABLE PLAYER IN 1957 with the WORLD CHAMPION MILWAUKEE BRAVES.  4 HOME RUN TITLES. AARON’S 2,297 RBI’S RANK 1st. HALL OF FAME in his first year of eligibility MICKEY MANTLE said “HANK AARON was the BEST BASEBALL PLAYER of HIS ERA.”

BOB FELLER.THE MOST DOMINANT PITCHER OF HIS ERA. HIS 266 WINS included 3 NO HITTERS LED THE AMERICAN LEAGUE IN WINS 6 TIMES including 24,  25, 26 & 27 win seasons. LED IN STRIKEOUTS 7 TIMES.. in his first start struck out 15.  At just 17 YEARS OLD, STRUCK OUT 17. In the the HALL OF FAME. JOE DIMAGGIO SAID ” NO ONE THROWS HARDER THAN BOB FELLER!”

FRANK SINATRA is considered the GREATEST INTERNATIONAL ENTERTAINER of the 20th CENTURY. He’s sold 250 MILLION RECORDS. RECEIVED 11 GRAMMY AWARDS for\career that succeeded in every era from BIG BANDS in the 1940’s to DUETS 1 & 2, his successful 1990’s collaboration with ARETHA FRANKLIN, TONY BENNETT, BONO, BARBRA STREISAND & a host of icons. SINATRA‘S CATALOGUE OF HITS is the mostextensive in recording history. From the MOVIES “ALL THE WAY” “YOUNG AT HEART” & “NEW YORK NEW YORK” just to start. From BROADWAY ~ “HELLO YOUNG LOVERS” “SEND IN THE CLOWNS” & “FROM THIS MOMENT ON” to name a few. SIGNITURE HITS such as “MY WAY” ‘STRANGERS IN THE NIGHT” & “HELLO YOUNG LOVERS” are just a few. Received an EMMY AWARD for his television special “A MAN & HIS MUSIC. He was awarded an ACADEMY AWARD for BEST SUPPORTING ACTOR in “FROM HERE TO ETERNITY.”  WHEN it comes to AMERICA’S GREATEST ENTERTAINER, FRANK SINATRA will always be remembered as THE CHAIRMAN of the BOARD

Also signing this ball(image not included) HALL OF FAMER ERNIE BANKS. 19 seasons with the CHICAGO CUBS. BANKS’ 512 HOME RUNS are the MOST BY A SHORTSTOP. MVP in 1958 & 1959. HALL OF FAMER. Famous for saying “NICE GUYS FINISH LAST.”  but not this nice guy as shortstop ERNIE BANKS, CAL RIPKIN JR. & HONUS WAGNER were named to baseball’s ALL CENTURY TEAM.

AL DOWNING. successful with both the New York Yankees and Los Angeles Dodgers. DOWNING is  famous for being the pitcher, APRIL 8, 1974, who gave up HANK AARON’S 715th
HOME RUN to break BABE RUTH’S HOME RUN RECORD. a bonus having both HANK AARON & AL DOWNING signing this “ONE OF A KIND” autographed BASEBALL TREASURE. THE PERFECT CORPORATE GIFT , use as a fundraiser. or better yet, PAMPER YOURSELF.

( Sinatra &  the Hall of Famers.) Everyone signed it. when FRANK SINATRA cane to the owner’s box. I showed him the autographed baseball. FRANK looked and said “Good for you, there are a lot of the greats on this baseball.” . I said ” It’s not signed by the greatest.”  He said “Who  ?” I said   “You’re the greatest . It’s missing your signature. He smiled, took the ball and said, “My pleasure  !!” I watched FRANK SINATRA sign this baseball. I thanked him and have never completely recovered..  It remains my favorite moment..