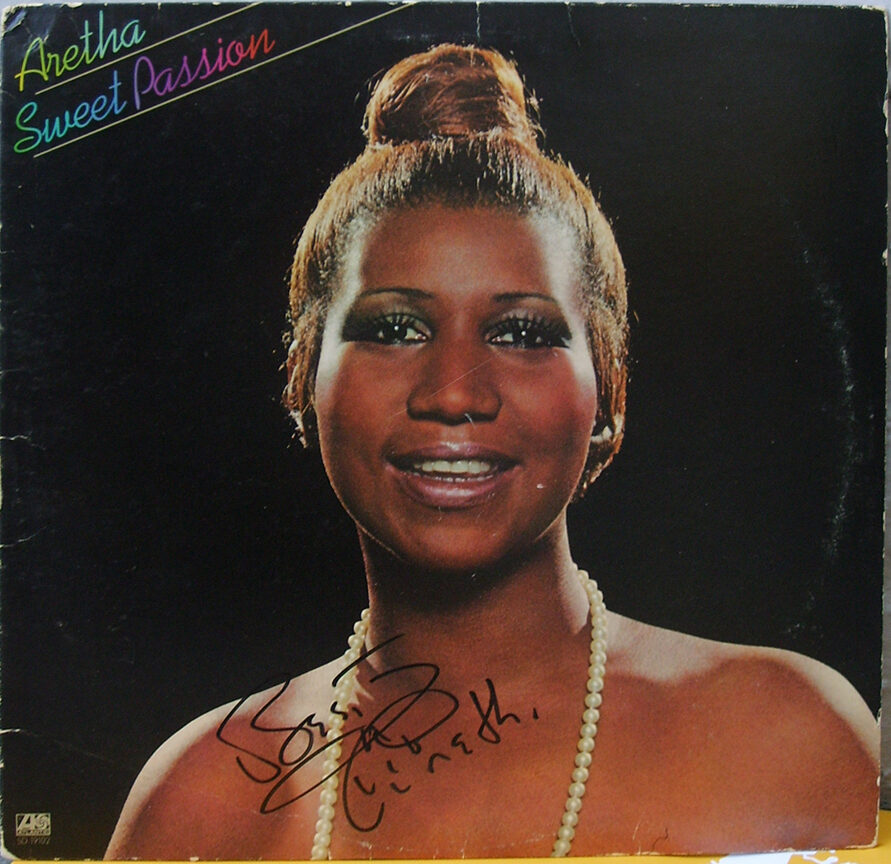 ARETHA FRANKLIN is known worldwide as the QUEEN OF SOUL. From a gospel background, her powerful voice, top quality arrangements & signature interpretations have been praised by critics & fans since the 1960’s. On BILLBOARD’S R & B. charts, she is the most charted female singer in history. 112 charted songs. 21 #1 songs. ARETHA has sold more than 75 million records. She has received 18 GRAMMY AWARDS for classics such as RESPECT, YOU MAKE ME FEEL LIKE A NATURAL WOMAN, ROCK STEADY, & I’VE NEVER LOVED ANOTHER MAN THE WAY THAT I LOVE YOU. In 1987, she was the first woman inducted into the ROCK AND ROLL HALL OF FAME. OF THE 100 GREATEST SINGERS OF ALL TIME, ROLLING STONE MAGAZINE voted ARETHA FRANKLIN #1. she has autographed this 1977 “SWEET PASSION” ALBUM. Produced by LAMONT DOZIER, with BREAK IT TO ME GENTLY going to the top of the R&B charts.

This is the perfect corporate gift or pamper yourself. Wake up to ARETHA.