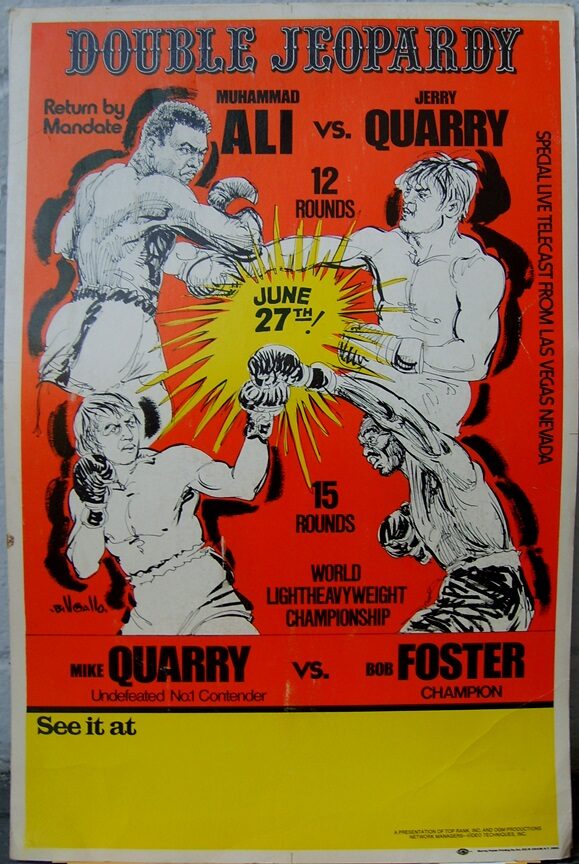 MUHAMMAD ALI WON BY A TKO in the 7th round. MUHAMMAD ALI VS JERRY QUARRY 1970 POSTER. His first  fight after 3 inactive years due to draft issues. There would be one more fight & then challenge FRAZIER for the HEAVYWEIGHT CROWN. Also on the program BOB FOSTER defended his LIGHT HEAVYWEIGHT CHAMPIONSHIP BY 4 ROUND TKO over Quarry’s brother. The event was promoted by DON KING as “THE SOUL BROTHERS vs. THE QUARRY BROTHERS.”